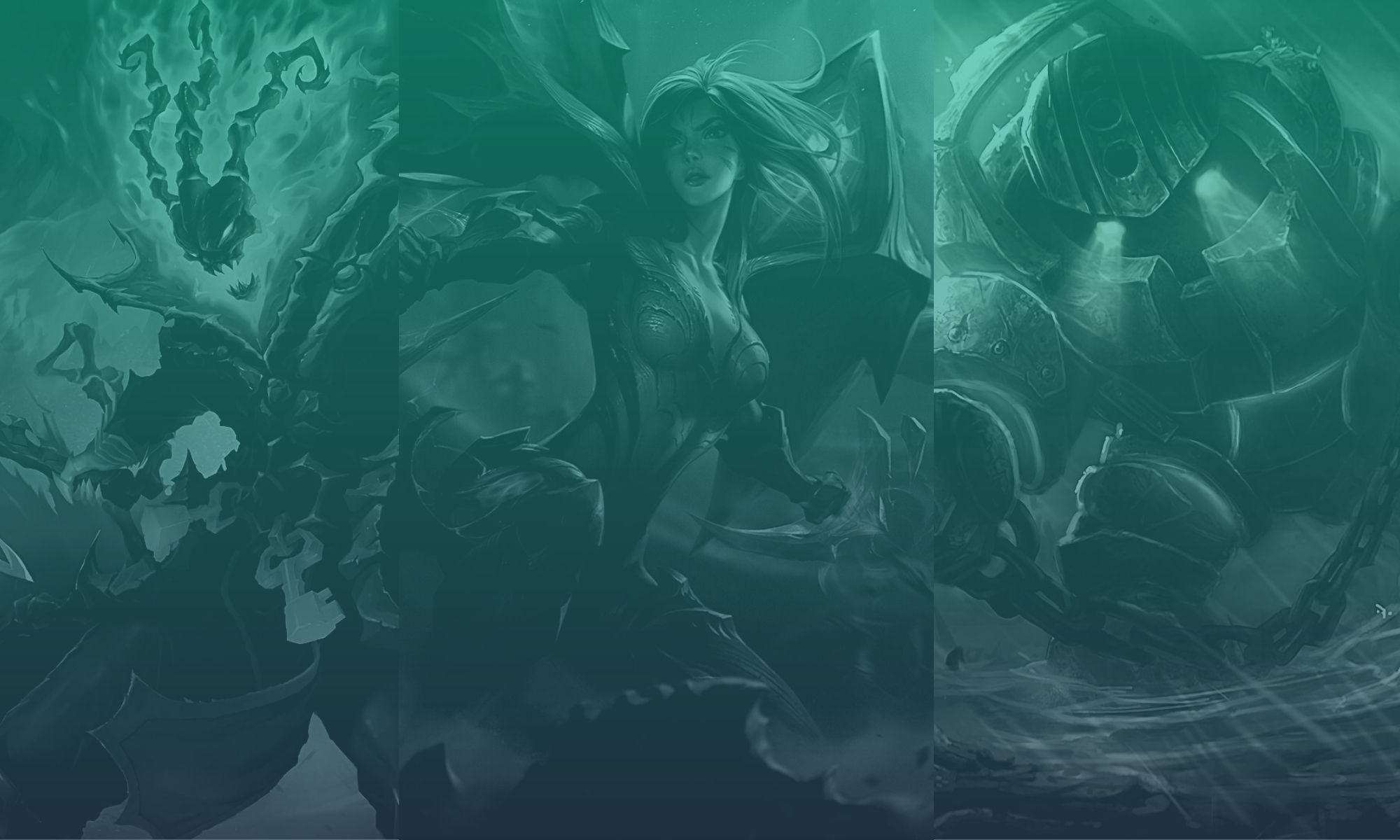 Rell was released in December of 2020 and quickly rose to be one of the best tank support picks in both solo queue and competitive League of Legends. When it comes to competitive League of Legends, we’ve seen Rell dominate in the hands of T1’s Keria and DK’s Beryl while LCS and LEC support players like Vulcan and Labrov also saw major success with this champion in their respective ERL’s.

Nautilus is yet another popular support pick that dominated the esports ERLs this year. Following the tanky – cc centered kit, Naut is a menace in the hands of Keria and RNG’s Ming. In addition, Top Esports’ Knight has some insane moves with the champion, although sadly, we didn’t see him pick it for the Demacia Cup finals.

Coming to the mid-lane, Orianna is an interesting pick as her kit offers jaw-dropping changes in team fights. We’ve consistently seen her in finals and semifinals across major ERLs, Worlds 2021 and the Demacia Cup finals while players like DoinB, Chovy and Showmaker picked her for some of their team’s most vital games.

RELATED:  League of Legends Critical Error - How to Fix

Lee Sin was either picked or banned during Season 11 in Worlds 2021 and with good reason. He’s one of the most versatile jungle picks, making him a winning condition for some matches. During the Worlds 2021 finals, Lee Sin was banned 4 times and got picked 1 time by DK’s Canyon. Interestingly, during Worlds 2021, Canyon picked Lee Sin 5 times with 100% win rate and a 9.9 KDA.

Going back to the supports, Alistar saw a huge rise in popularity during 2021 and with good reason. Tanks dominated this year. Players like RNG’s Ming, Cloud 9’s Vulcan and GAM Esports’ Bie saw the most potential in Alistar. Another interesting fact is about Alistar’s presence in the Demacia Cup 2021, with 85% pick-ban ratio, according to gol.gg.

Thresh is always one of the top support picks in competitive League of Legends and Season 11 is no exception. Keria, Ming, and HyliSsang are only three of the many support competitive players to look out for to see amazing Thresh plays. As for his presence, during this season, he had an insane 93% presence in the LEC and 84% in the MSI. Also, have you seen his ban rates? Those are some pretty high numbers right there.

Gnar saw increasing popularity in the top lane during Season 11, especially in the MSI where he had an 83% presence. Mostly seen by DK’s Khan, Mad Lions’ Armut and PSG Talon’s Hanabi, Gnar is nowhere close to being a forgotten top lane pick even though you don’t see him frequently enough in the solo queue.

Yet another pick that dominated the MSI but for another reason. Renekton was banned almost through the entirety of the event while he shined for the rest of the year in the hands of Fnatic’s former top laner Adam, GenG’s Rascal and PSG Talon’s Hanabi who, interestingly, had a 100% win rate with him in 12 games during Season 11.

Coming up at number 2 we find yet another support, our stun queen, Leona. Her incredible CC capabilities made her a vital champion for tournaments like Demacia Cup where she had a 91% presence and the Worlds 2021 with 72% presence. In terms of best players, Mad Lions’ former support player Kaiser, Keria and Ming all proved that Leona is and will remain one of the most powerful tanks in the bot lane.

The number one most played pick and the only carry in this list is Kai’Sa. With a 90% presence in the MSI 2021 and huge wins for most major ERLs this year, we’ve seen her cast some huge plays an big damage numbers. Some key Kai’Sa players to look out for are Cloud 9’s Zven, DK’s Ghost and RNG’s GALA.

Related Topics:esportsFeaturedLeague of Legends
Up Next

Zeri Is The Next League of Legends Champion