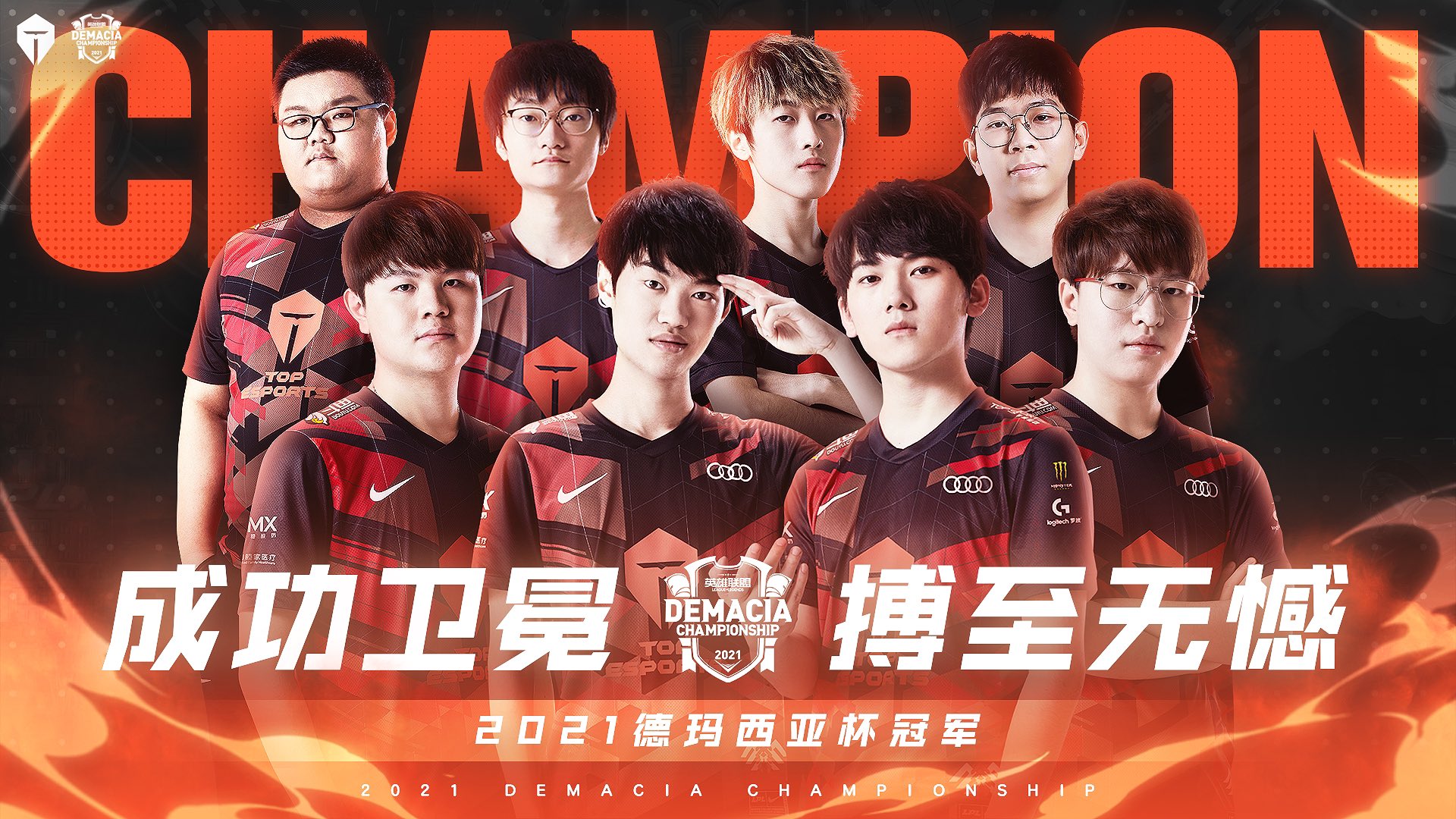 The Demacia Cup is now over with Top Esports scoring a major win in the tournament against a difficult grand final against FPX. What looked like an easy 3-0 for the Phoenix, turned into a reverse sweep that changed the tide in a flash.

No one can deny that 2021 wasn’t an easy year for Top Esports. After not getting a spot at Worlds 2021, the former world champions took to Demacia Cup to prove their worth. Unlike their top-4 competitors which surfed through the group stage, Top Esports had to grind to get to the finals, even though this proved to be an easy task for the team.

WE ARE YOUR 2021 DEMACIA CUP CHAMPIONS🏆 pic.twitter.com/ODOIbs67ng

During the Demacia Cup finals, Top Esports faced the thought of defeat early on, getting a 0-2 on the scoreboard against FPX. The outcome though changed quickly after the insane reverse sweep that makes Top Esports champions once more. No one proved more of a valuable player than the team’s jungler, Gao “Tian” Tian-Liang which was awarded the MVP title at the end of the series for his plays during the 5-match finals.

The Demacia Cup is a “warmup” LPL tournament that takes place during the off-season. During the cup, you can see all LPL teams as well as some amateur and LDL teams. The tournament is always an interesting view for all League of Legends esports fans, as it forecasts the meta and shows of the new rosters before the next LPL season begins.

The next LPL season starts on January 9th, 2022 and will run until sometime in March. Apart from Top Esports and FunPlus Phoenix, you can watch the LPL to follow the teams of Edward Gaming, Invictus Gaming and Royal Never Give Up. Cheer up people, the new competitive season is closer than ever.