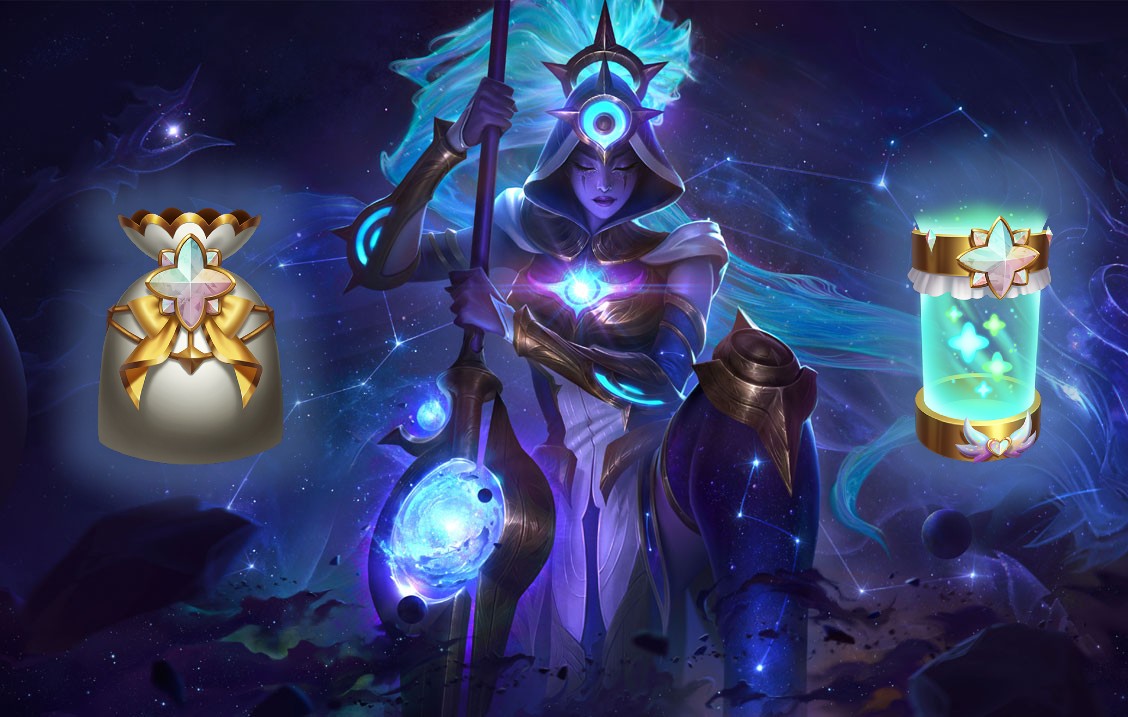 Are you still feeling exhausted after grinding in the Worlds 2020 event in League of Legends? Well, make sure you get ready to get into the next one soon. There are traces of the next LoL event in PBE with the name Interstellar. The event will accompany the brand new cosmic skins and Soraka Prestige Edition.

According to [email protected], the new event will, apart from the classic capsule rewards include an Interstellar bag. This capsule has 5 or 10 random skins from the Star Guardian, Pajama Guardian, Cosmic, and Dark Star collections. As for the Star Guardian 2020 capsules, they contain 3 random skin shards a probability of 4% of it including an Interstellar bag. Sadly, you won’t find any new Star Guardian skins releasing with this event.

Here are all the champions that will receive a brand new cosmic skin during the event:

You can check them all out, in our previous article, here.

We don’t know exactly when the LoL Interstellar event will begin. However, it won’t be long since details for the next patch are swarming in. More specifically, the next update will include a huge rebalancing patch for existing items in the game. Most of those items caused balance issues in games throughout the week.

In addition, several new champions like Amumu, Galio, and Hecarim will receive changes in the next update. Amumu is in an ASAP nerf to his kit since the new items allow him to dominate the map. Hecarim’s kit had to also be revised to coincide with the brand new Ability Haste addition.

Since the new update is coming, it will be interesting to see if its end marks the beginning of the preseason Prestige Shop, which allowed players last year to spend their remaining points for jackpot bags from previous events through the year. Undeniably, the Interstellar bag is a must-have if that happens.

The League of Legends Prestige Shop Opens Next Month

Item Changes Available Now in PBE – Which Items Get Nerfed?