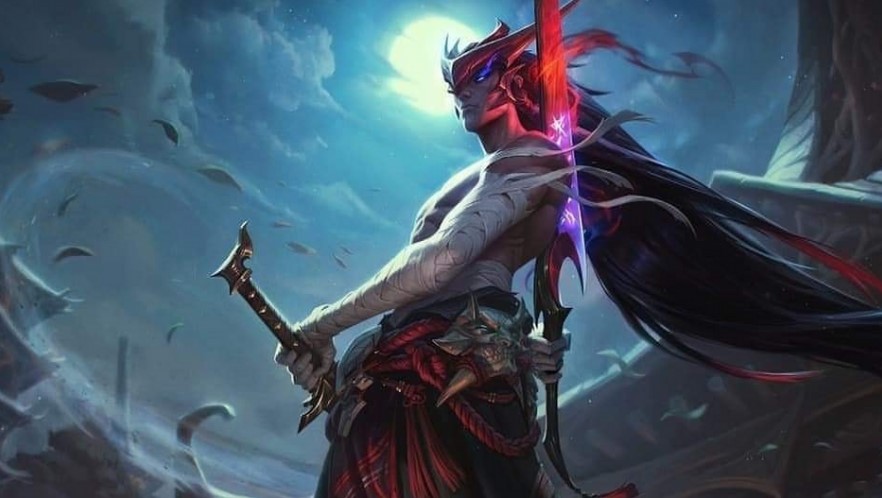 Only a day after the release of The Path animated short featuring Yasuo, the splash art for League of Legends’ next champion, Yone, has leaked. Lillia is releasing in a few days, meaning that the next in line champion would have a few weeks before releasing. However, Riot Games is stepping up by apparently including 2 champions in the Spirit Blossom event.

Yone, Yasuo’s brother was supposedly killed and brought back to life according to The Path cinematic. We’ve heard about Yone in the League of Legends lore a couple of times but never saw him in the flesh. Now, not only do we get to see him in the cinematic. A leaked splash art confirms the claims that he’ll be the 150th champion to release in the game.

SkinSpotlights have also confirmed through a search through the new Spirit Blossom skin voice-overs that Yone is indeed coming in Spirit Blossom. All skins released in this event will interact with one another. As a result, this will be one of the biggest events to take place after the one releasing alongside Aphelios.

It will be interesting to see what Yone’s kit will look like in League of Legends. Riot has described him as a “man who refuses to die”, something that the trailer confirms as well. We know for a fact that the Spirit Blossom event will roll out in 4 different stages. Lillia is only the first one of those stages with more coming in the near future.

Lillia releases on League of Legends on July 22nd and that’s when the 3rd announcement will be made. This leaves only one remaining for the 24th of July which could be related to Yone’s release. For what it’s worth it’s only a week before the start of Spirit Blossom. We better start saving som Blue Essence for Lillia at this point.

Nexus Blitz Goes Live In League of Legends Next Week