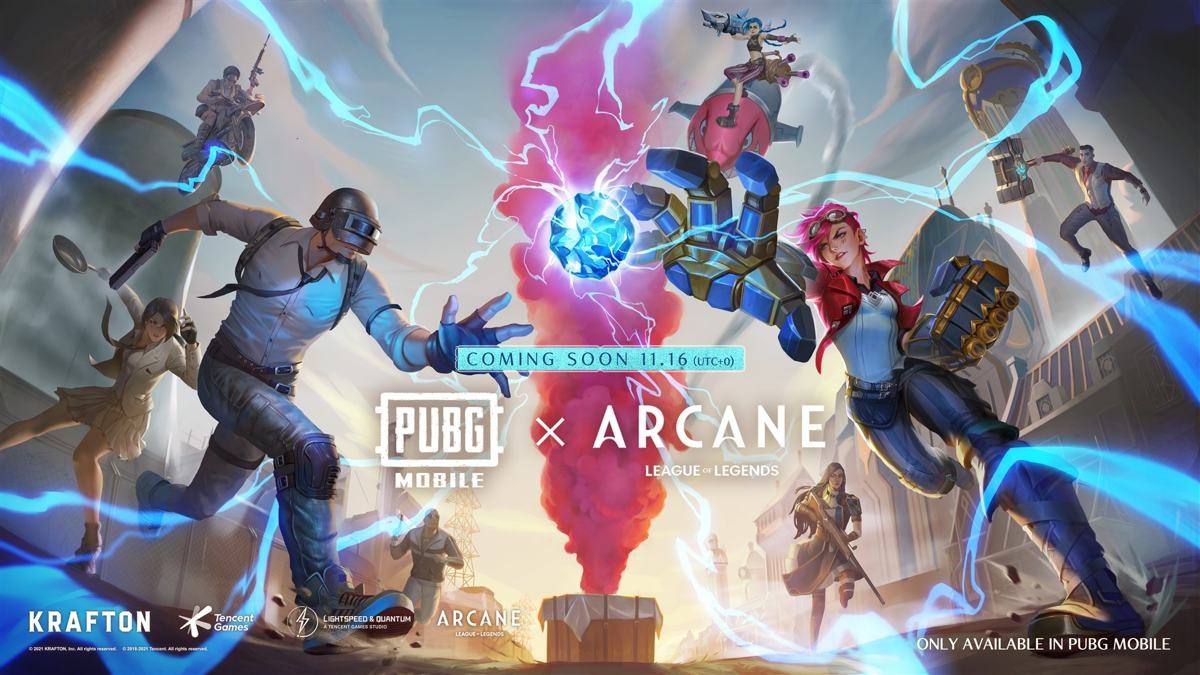 Did you think that Arcane collaborations will stay within Riot Games’ borders? Of course not! The company’s brand new TV Series that air on Netflix last week, offers collaborations with two of the hottest games around right now. Apart from Jinx’s skin in Fortnite, the main Arcane protagonists will also become playable in PUBG Mobile, as a part of a new game mode.

This new game mode in PUBG Mobile, will include iconic Arcane locations in Piltover and Zaun. In addition, it will give you access to the four protagonists of the series, Jayce, Jinx, Caitlyn, and Vi. Interestingly, the champions will also carry their signature weapons as part of a unique ability just to finish off a wonderful announcement.

It’s always refreshing to see developers collaborate in what is the first time in the video game history for such a big movie – series plus collaboration release.

The PUBG x Arcane mode will become available on November 16th, yet we still don’t know how long it will last. Check out the full trailer, in PUBG Mobile’s tweet below:

Become your favorite champion from Arcane and fight on the streets of Piltover and Zaun on Mirror Island!

As for Arcane, the Netflix show has 6 episodes available right now, with 3 more releasing this Saturday. If you haven’t already, you should log into your Riot Games account in Riot x Arcane and complete all available missions to get rewards for all of Riot Games’ games. This includes:

If you want to know more about Arcane, check out our guide of which champions we’ve seen in the show so far. For more League of Legends related news, stay tuned to The Rift Crown.

There Are More TV Series Coming After Arcane By Riot Games