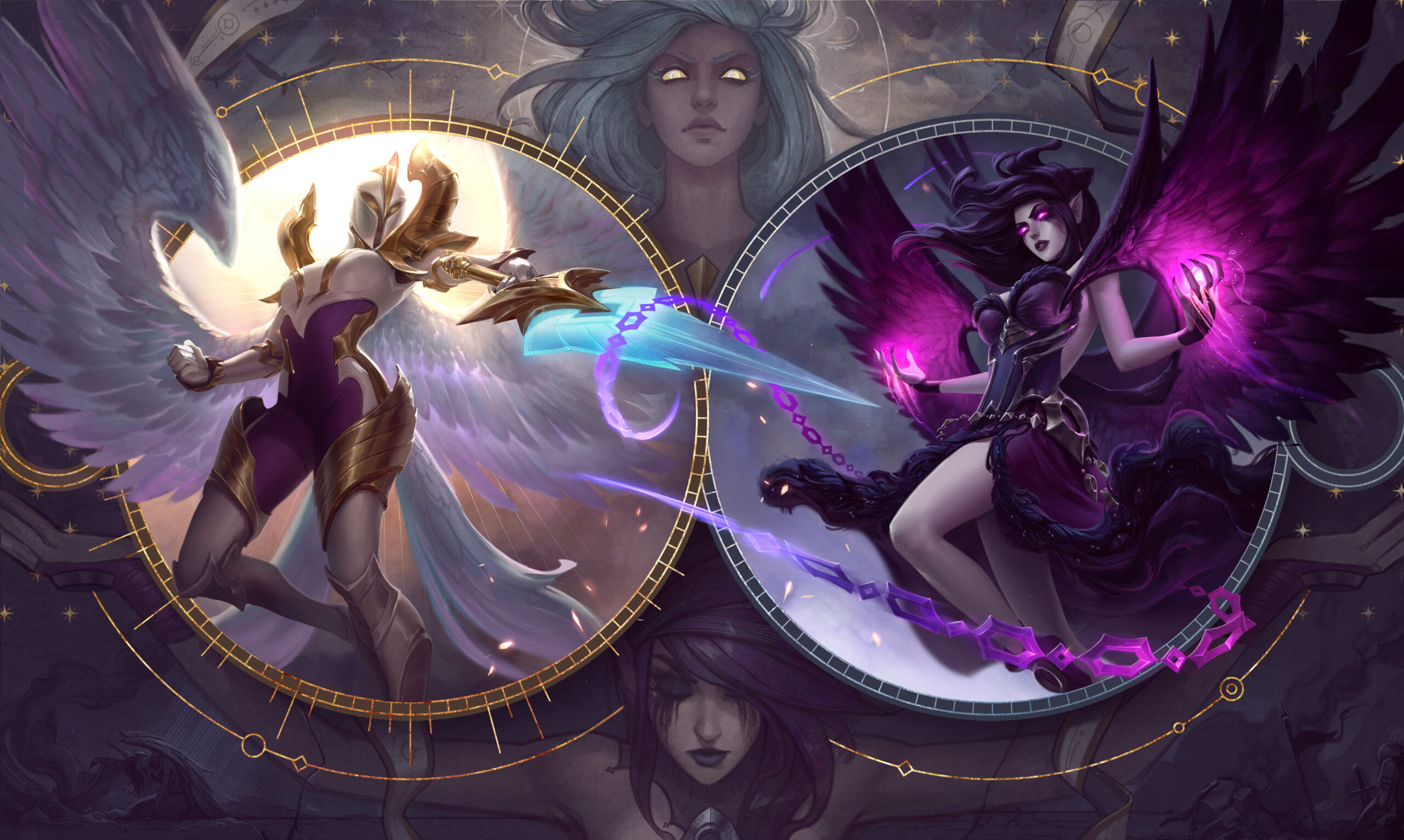 The League of Legends Wild Rift roster is growing larger and larger each week with the developer team dedicated to bringing the whole LoL selection to the mobile game. The latest additions to Wild Rift are Kayle and Morgana, the righteous and the fallen. Known as two of the most versatile champions the popular MOBA game has to its disposal, both champions will have a huge impact in Wild Rift’s meta.

The announcement came today alongside the Patch 2.6 notes. Apart from Kayle and Morgana’s news, we get to find out that Mundo is getting his gameplay rework much like desktop League of Legends. In addition, the new ranked season starts and will include new rewards. More specifically, Riot Games introduces the Season Points which will unlock rewards much like an event pass. As for the ranked season skin reward, Orianna is the champion of choice. No official announcement was made yet, but we already know what the skin looks like.

As for Kayle and Morgana, both champions will be playable as soon as Patch 2.6 becomes available. As with previous releases, an event will become available for players to be able to unlock those champions for free by simply playing the game. The announcement reads:

Kayle and Morgana are the latest champs to be joining Wild Rift! They are just like your typical sisters… yaknow, sisters born from the Aspect of Justice who just can’t seem to see eye to eye. Typical sibling stuff if you ask me. Explore Kayle and Morgana’s rivalry with a special event, where you can grab either champion for free!

Also, remember that URF is also coming to Wild Rift, so get your fingers ready for some high tapping and fast reactions in Summoner’s Rift!

For more news on Wild Rift’s events and new updates, stay tuned to The Rift Crown.

Related Topics:FeaturedKayleMorganaUpdatewild rift
Up Next