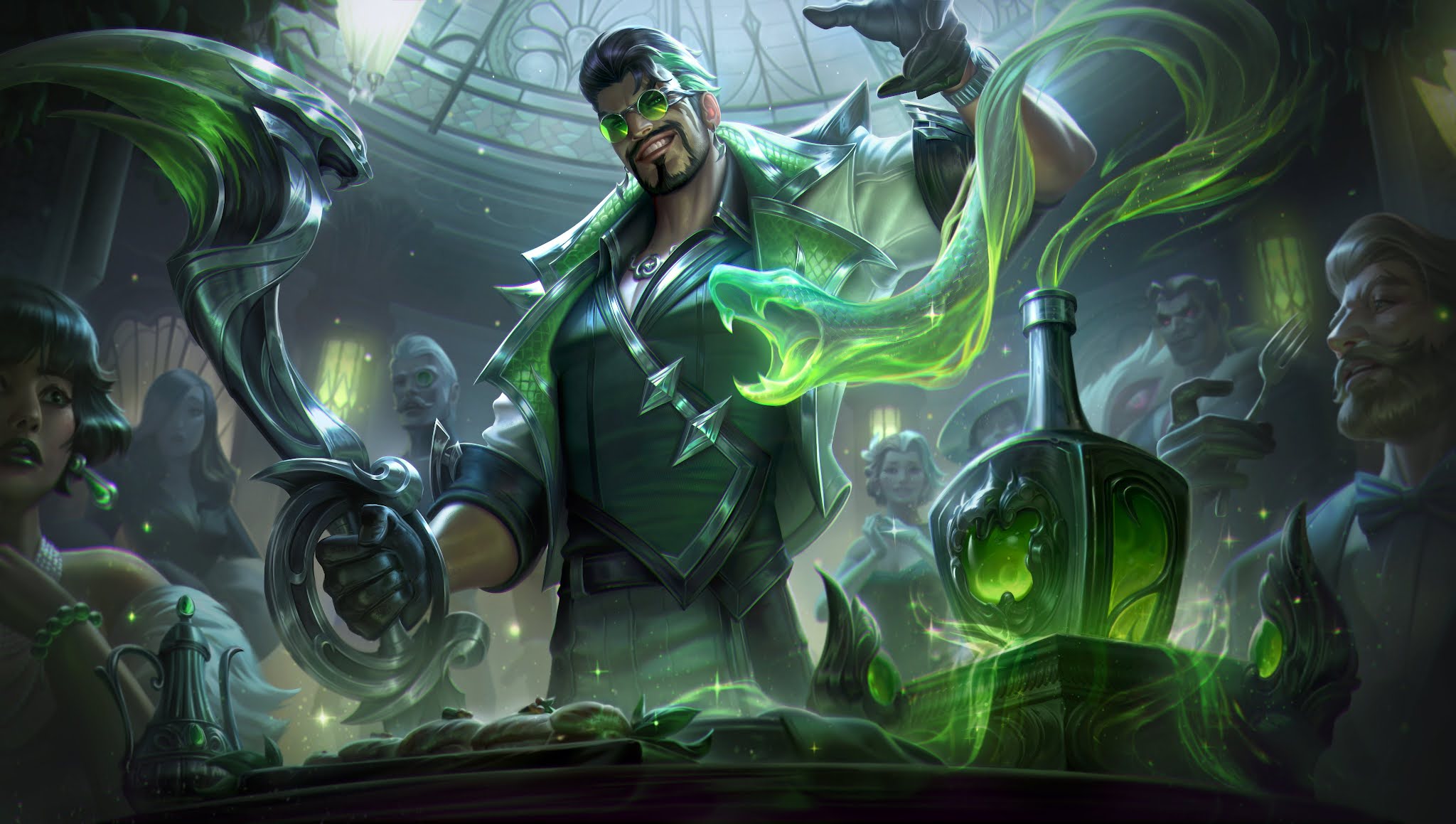 [UPDATE] Leona is indeed having her own skin, bringing the total of Debonair skins releasing to 8.

A new skin line is coming to League of Legends, one that we haven’t seen in quite some time. Riot Games stays true to its word and finally reveals the Debonair skin set that was revealed during the last preseason update. Interestingly, some of the related champions haven’t had a new skin in quite some time so it’s refreshin to see such a dark twist to the game after the release of Crime City. Which champions are getting Debonair skins in League of Legends?

Brand, Draven, Master Yi, Zed, Malzahar and LeBlanc are getting their own Debonair skin in League of Legends in the next patches, so get ready to test your luck on opening them through capsules or buy them. What we know for a fact is that Debonair Brand is getting a prestige edition of his skin too. Take a look at the whole Debonair skin line below:

These are all the Debonair skins we know for a fact that are coming to League of Legends right now. However, we know that Riot Games has been working on at least one more. Back in last year’s preseason, we’ve seen Debonair Leona and Malzahar and got to see their concept art. Here it is:

We don’t know if Leona’s looks will also be available during the next skin release, but that it looks insane. We’ll have to wait and see if this art piece will see the light of day now.

Apart from Debonair, Riot Games is releasing another new set of skins this time for Annie, Soraka, Sivir, Bard, Vladimir and Gwen. This skin line is Cafe Cuties and is a theme close to what the Heartseeker line is.