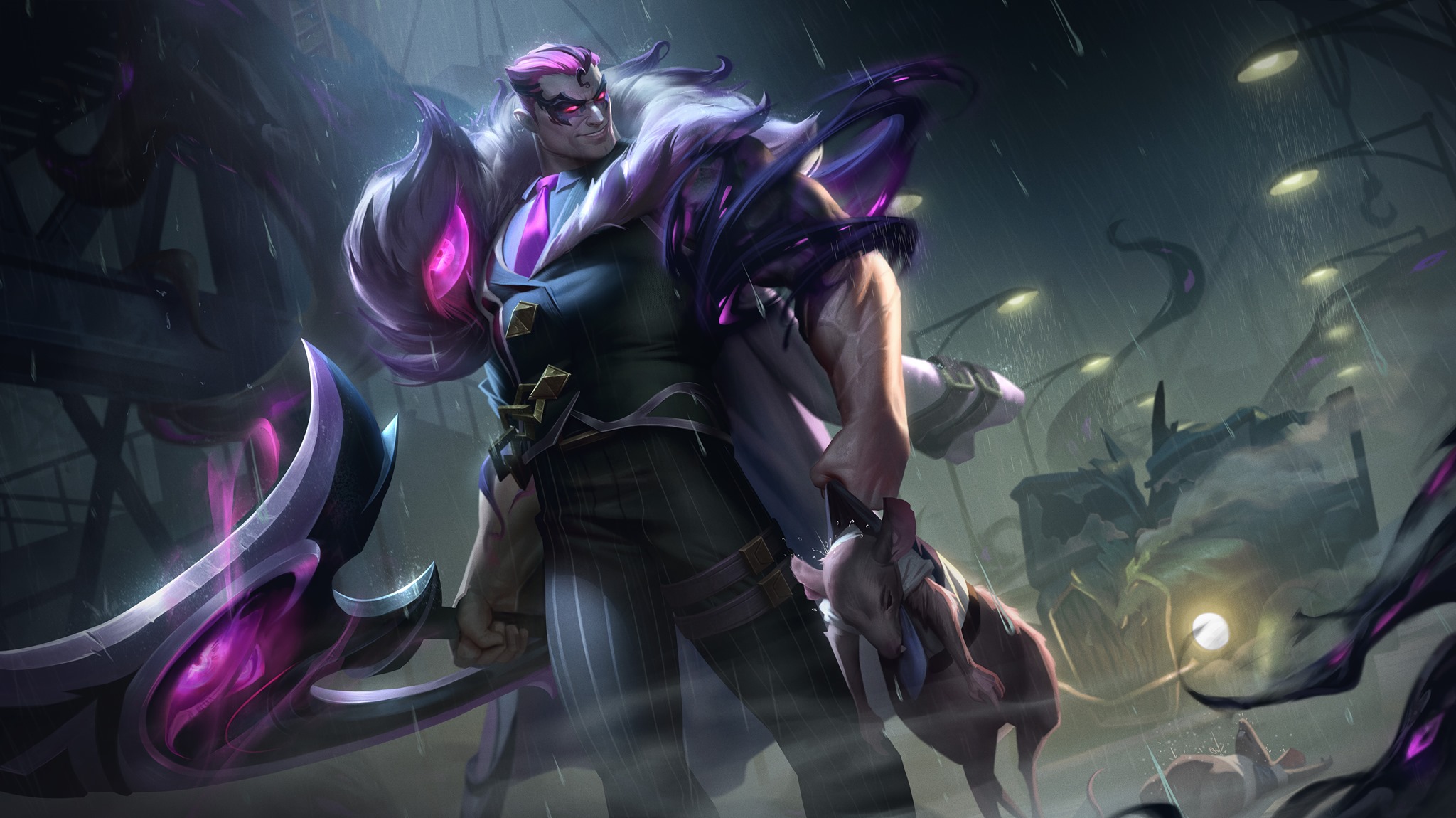 Some really cool splash art pieces appeared online today, showing what seems like the new City Crime skins for League of Legends. Last year’s preseason did indeed show some of those skins, Akali’s and Twisted Fate’s in particular. Now, we might be looking at the whole skin line.

If those splash arts are to be believed then 6 champions will receive a Crime City skin in League of Legends. Those are Akali and TF, as we previously mentioned, Darius, Graves, Shaco and a female champion that could either be Evelynn or Zyra. Since Evelynn was recently revealed to be receiving a Coven skin, it most likely isn’t her that we’re looking at.

Take a look at all the alleged City Crime skins coming to League of Legends:

There’s a reason why this skin line is so unique and so beautifully made and the reason is the community. Last year, Riot Games asked fans to choose one out of three skin concepts to include to League of Legends and Crime City was the big winner. Up until then, we also got some Space Groove skins which were also in the poll and the developers promised the third skin line to also release at some point. Take a look at what those concepts are:

It’s still early to say when the Crime City skins will release. With Coven being in line to be the next skins along with an event to participate in, it will most likely be more than a couple of months before we see them in-game. For what it’s worth, it looks like Riot Games is not slowing down its release of new skins and events, as we’ve been deep in grind for this whole past year. We can’t wait to see Crime City in action too.

Phoenix Skin Line Might Be Coming To League of Legends