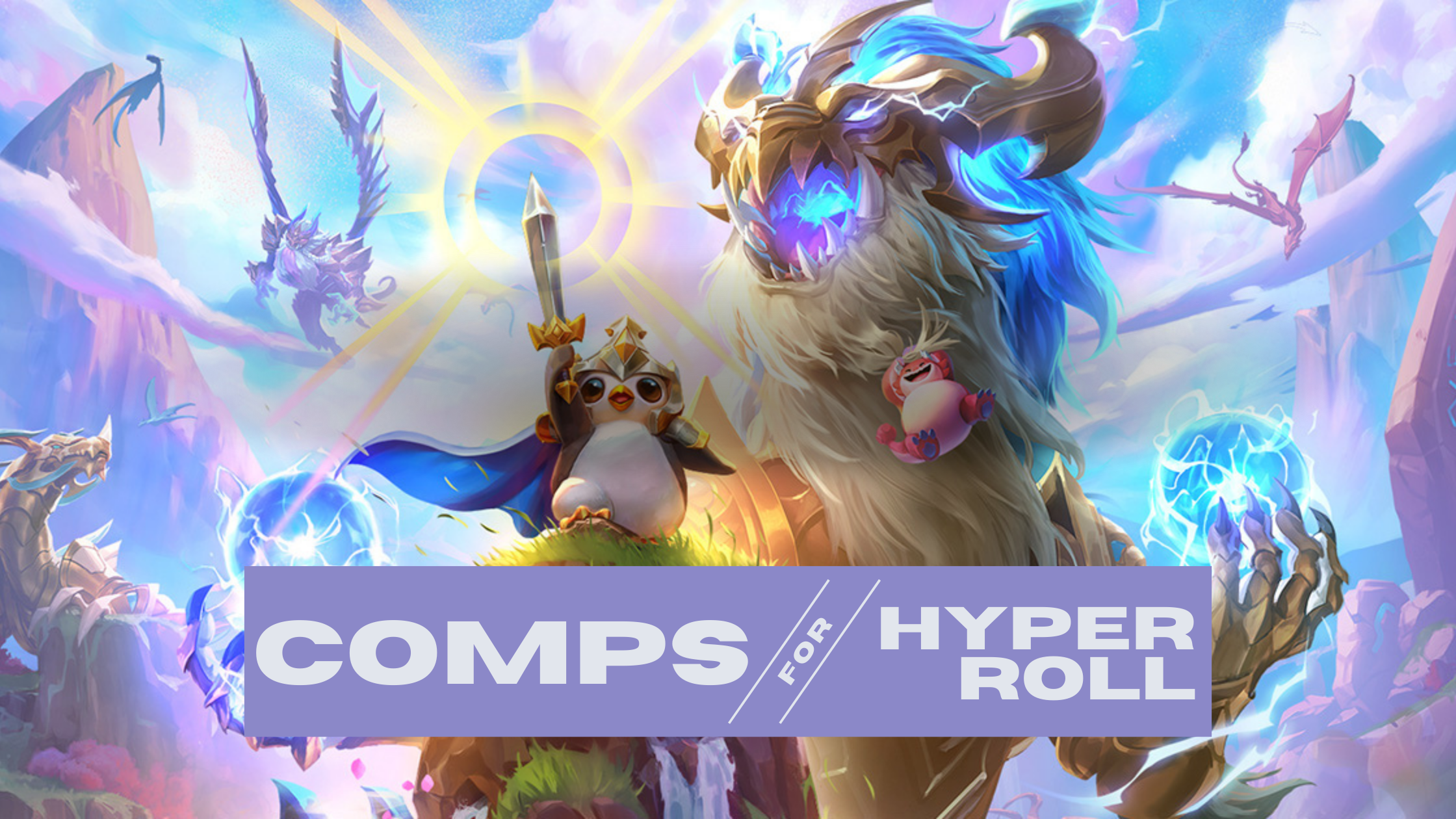 Are you a TFT Hyper Roll enjoyer but can’t find comps that works most of the times? After hours and hours of testing and a big help from MetaTFT for the recommendations, we’ve made a list of 5 easy to execute yet effective TFT Hyper Roll comps that you can try right now for Set 7.

What makes our list effective but strong is the fact that we gathered comps that use low-cost champions so that you can get the upper hand without having to depend on RNG. Most of the comps below rely on 1-2 high-cost units to work as you need. More importantly, only 2 of those builds include dragons, so you can spare yourself the RNG rage. Take a look:

Revels are highly effective and their passive when combined with Canoneers are a huge boost. The fact that you can even combine them with Trainers for some front-line power, which is the only thing this build lacks makes this a fully competitive comp.

RELATED:  What Is Mythic Essence In LoL And How To Get It

Make sure to build Tam Kech as tanky as possible and Corki and Jinx with attack speed and attack damage for the best results.

Jades might not be the most powerful trait right now in TFT but some of its units are a total madness Leona is arguably the best tank right now and Karma has huge amounts of damage if built correctly. Focus on building Ezreal and Karma with critical, AP and Mana and get Taric and Leona tanky and strong.

Astrals are one of the most satisfying comps in TFT Hyper Roll this season, as it works like Yordles in the previous one. Focus on rerolling your shop, get your units to 3 stars and build Nidalee and Illaoi to 3 items for the best results.

The Guild trait is a really powerful trait this season even though it might not seem as much. The fact that they can act as wild cards makes them extremely powerful. Make sure you build Talon and Ryze and just watch the world burn!

Much like the previous build with Astrals, this one too is strong and fast. However, it’s a little slower to execute since it relies more on Mages than Astrals. For what it’s worth, focus on building Ryze, Illaoi and Nami. You’ll definitely get a spot in the top 4.

Your first time playing Teamfight Tactics? The 6 things you NEED to know about the basics of TFT