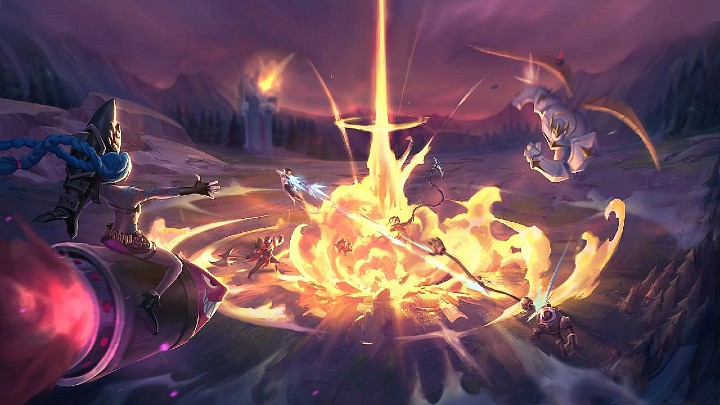 Nexus Blitz is now available in League of Legends through the Spirit Blossom event, bringing a new taste to the game. Only available for a limited time, Blitz is perfect for chillout fun games as well as grinding the milestone tiers since each game is 10-15 minutes long. We’ve gathered the 5 best champions in terms of win rate in Nexus Blitz. Which ones are your favorite?

A classic pick in team fight based modes, Amumu can jungle fast, scale even faster given the higher drops of gold and provide great assistance in most events given his large amounts of AOE damage and CC. Build him with AP and health and your team will be thanking you.

Kayle is a great late-game champion that can scale perfectly when in great positioning. In Nexus Blitz, you reach 16 level in 15 minutes, making Kayle a great addition to your team. Build attack speed and ability power with Nashor’s Tooth and Rageblade and you’re good to go.

Lux has great damage and safe positioning as well as her shield that makes her a one of the best champions to choose in Nexus Blitz. Global ultimates are of great importance in Nexus Blitz but make sure to build some HP so that you won’t get one-shotted in big team fights.

Nexus Blitz is the place for Velkoz to shine. His one-shot potential, as well as his CC opportunities, make him a menace in the new map. Build a Liandry’s Torment and Luden’s Echo and play safe for maximum results.

Taric is arguably the best support to choose in Nexus Blitz since his AOE invincibility Ulti can turn around fights and give you more rewards in in-game events. Make sure to build him tanky and harass enemies by stunning them so that your team can take them out.