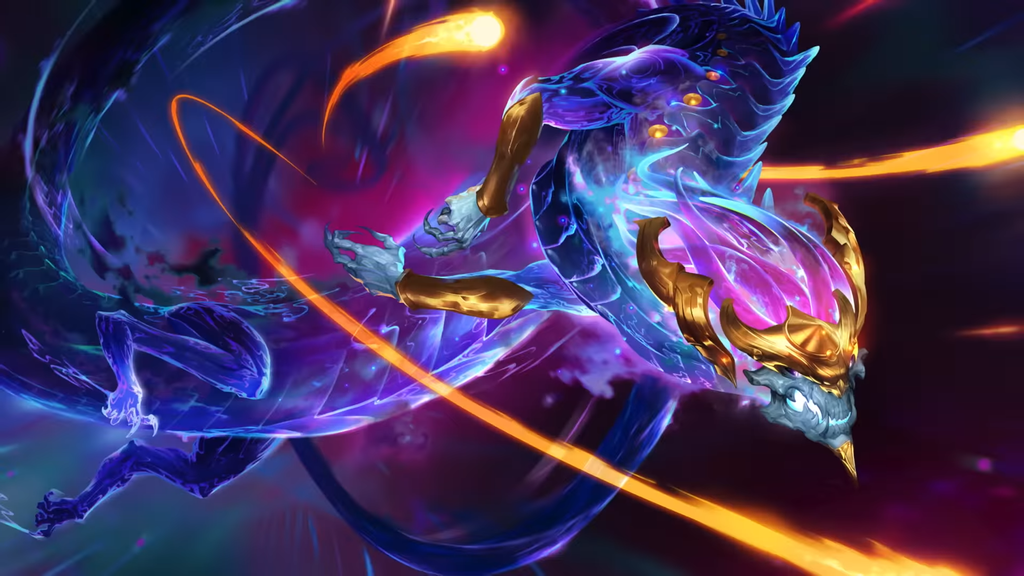 Aurelion Sol is, and probably will always be, one of the most loved champions in League of Legends. However, even so, he’s not as strong or as picked as he should be. Riot Games intends to change that by giving Aurelion Sol a CGU to match his huge persona and godlike figure. In a recent dev update, Riot King Kobra is talking about what Sol will feel like after his gameplay changes and it sure got us excited.

Rob Rossa or Riot King Kobra, the producer of the upcoming Aurelion Sol CGU talked in a recent video about what’s to come. According to him, Aurelion is a “space god” and he should feel like one in-game. To do so, Riot Games intends to change his spells and make them grow as he progresses. This way, upon reaching the endgame Aurelion Sol will show precisely what he is and what he is capable of.

We also get a glimpse of one of Aurelion Sol’s abilities which grows as he scales. We might not know now how this will happen and whether or not it will happen on champion or ability level but it does look cool.

What’s interesting to consider is if the TFT version of Aurelion Sol gives us some kind of indication on what the champion will look like in League of Legends. In Teamfight Tactics, Sol summons a black hole that detonates after a second and it weirdly looks similar to the image above. We’ll have to wait and see what he looks like when Riot is ready to show us more on his Core Gameplay Update.