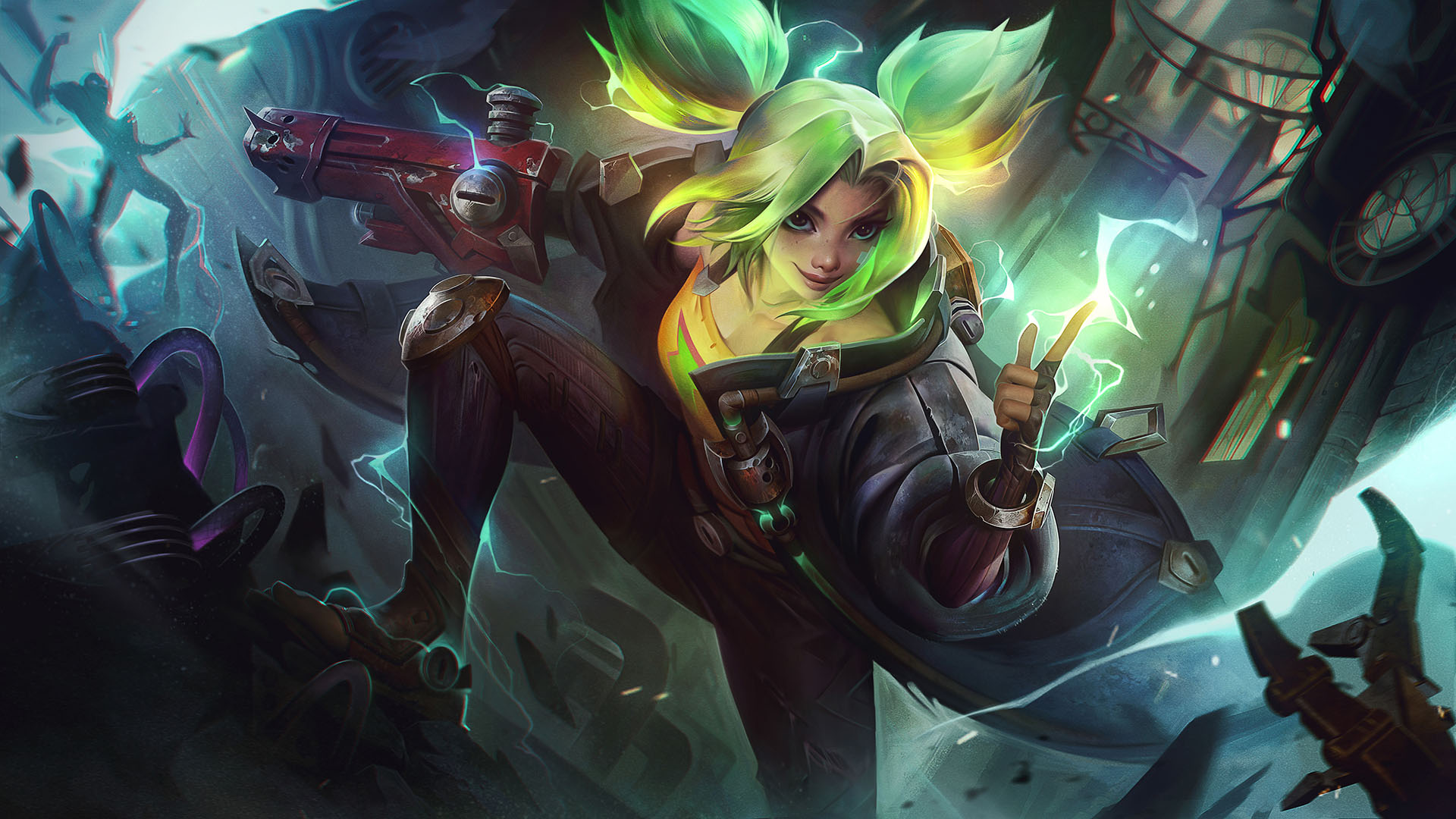 Riot Games has just revealed the looks of the next League of Legends champion, which seems to be a green-haired Zaunite called Zeri. According to the popular source SkinSpotlights, Zeri is a Zaun champ and was supposed to release during the Arcane event. However, we’ll see her soon when she releases in the game, while it seems that she has some kind of Valorant crossover too.

Zeri is part of a large working-class family in Zaun and she has a soft spot for electricity which might hint at her kit in League of Legends. Her biography on Riot’s universe website reads:

From birth, Zeri had a unique relationship with electricity. Each giggle caught a spark—each cry, a shock. Magic wasn’t rare in Zaun, but Zeri’s electric charm was. It charged with her emotions, sometimes grounded, sometimes building to fierce and fiery. By her teenage years, her neighbors knew she was more likely the cause of power outages than a broken circuit. Life in Zaun was beautiful chaos, her grandma would say, and Zeri embodied that all too well.

You can read her whole biography here.

When it comes to her abilities, we still have no clue. However, as soon as the splash art of the next League of Legends champion appears, its kit is not far behind. As for her connection to Valorant and whether or not she’ll release as an agent there too, we still don’t know for sure.

For the time being, we can all appreciate how cool it’s to see another Zaunite join League of Legends and hope that Zeri will join Arcane in its second season. For more information on her, we’ll keep you informed.

For more news about League of Legends and Wild Rift, updates, and upcoming events, stay tuned to The Rift Crown.

[LEAK] Lux Is Getting A New Prestige Skin?

Top 10 Champions In Competitive For League of Legends Season 11