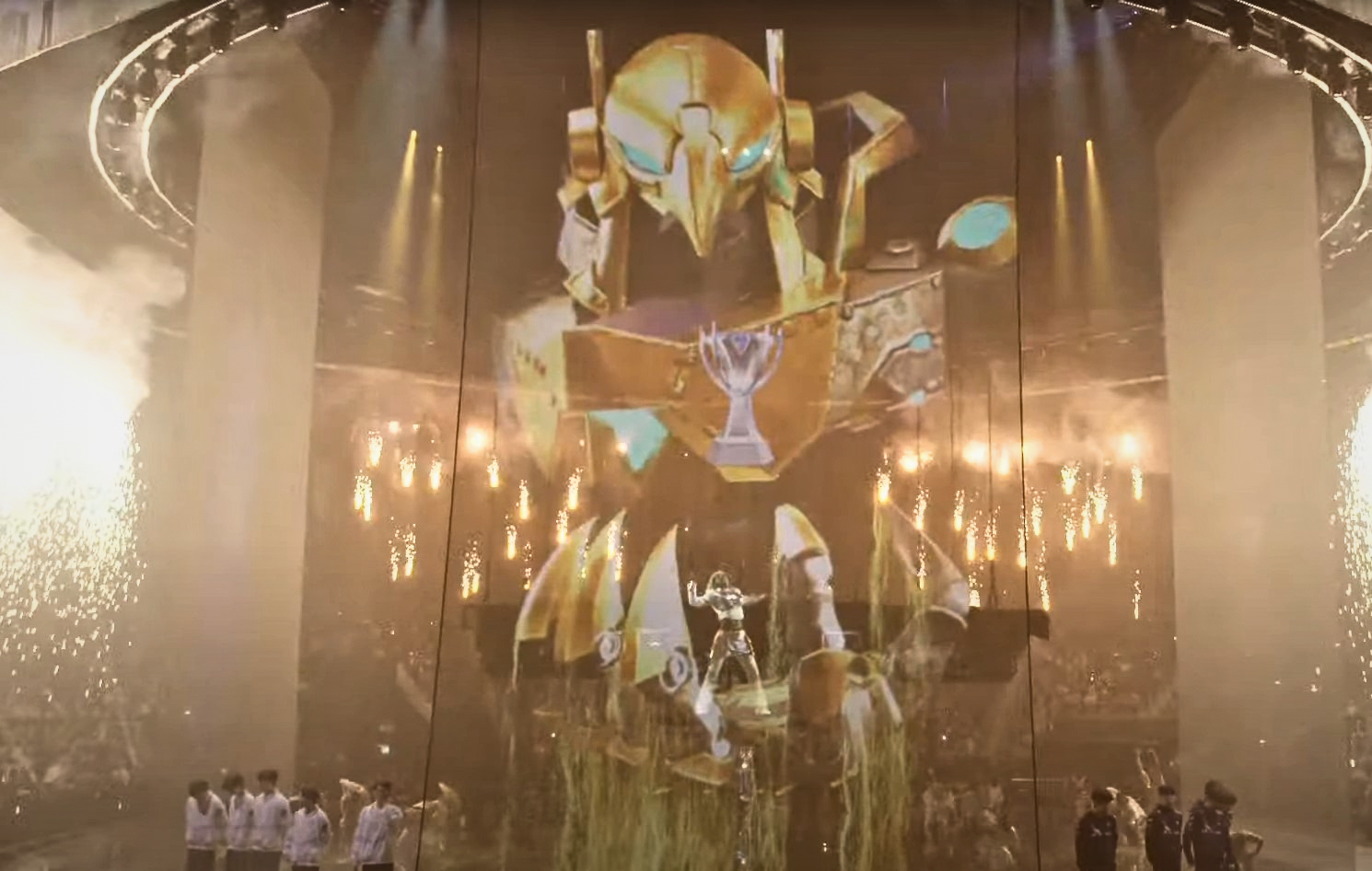 The Worlds 2022 Finals opening ceremony concluded a few minutes ago, dropping the jaws of all League of Legends fans all around the world. The show, featuring Lil Nas  X, Jackson Wang & Edda Hayes on stage, shows that NA is a power when it comes to grand performances. Let’s take a dive at what we’ve seen during the 20-minute opening.

The first song we hear is “The Call”, which was released back in January with the voices of Louis Leibfried και Edda Hayes. The stage is dark, and the VFX is present once again, giving us the vibes of Paris’ show back in 2019. On the stage, we see both T1’s and DRX’s players alongside a team of dancers offering an excellent choreography to accompany this epic song.

Fire to the Fuse

Jackson Wang takes the stage with dancers alongside him, giving us a stellar performance for “Fire to the Fuse”. Following the theme and vibe of the Empyrean skins, the surrounding and the floor of the stage is filled with special effects for Kai’Sa, Pyke, and Lux. Not much can be said about this performance, we’ll just go rewatch the “pixel-perfect” choreography a hundred more times.

This time around, Lil Nas X with his own incredible looks sings the Worlds 2022 theme “STAR WALKIN'”, showing us once more why he’s one of his kind. The special effects are incredible here once more, setting up the stage for the Summoner’s Cup reveal in an incredible manner.

After the end of the song performances, James Dash opens with a heartfelt monologue and presents DRX and T1 on the stage. The time for the first game is drawing near so the hype of seeing all players is building up pretty fast.

What an amazing way to finish off the Worlds 2022 finals opening ceremony. This championship’s trailer must be one of the most, if not the most, unique trailers we’ve ever seen. The whole Deft-Faker storyline, along with the fact that both players long for the trophy for their own reasons, closes the show and sets up the mood for the first draft.