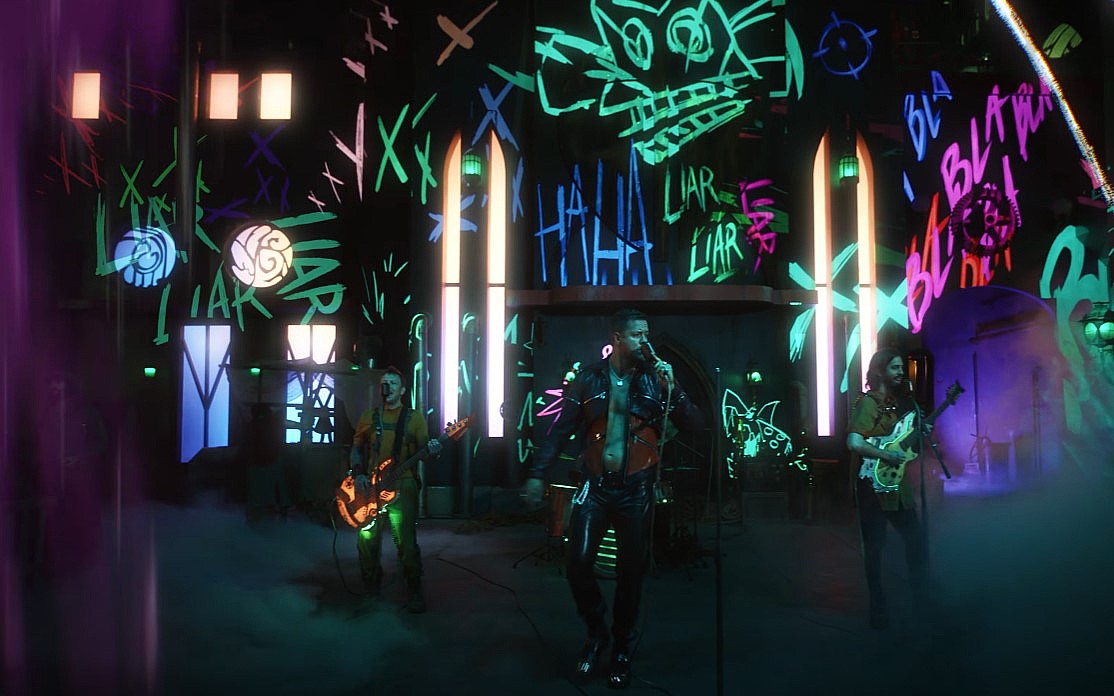 And with that… The Worlds 2021 championship is over and Edward Gaming is our brand new champion. Apart of the intense 5-game series, yesterday, we had the chance to see a brand new type of ceremony for the matches’ opening. While COVID is still taking its toll on the world, Riot Games made the adjustment to bring us a full Worlds 2021 ceremony, filled with incredible graphics, heartwarming voices, and hype. As with every year though (well maybe leaving out the 2019 performance which was flawless) this year’s opening ceremony did too come with its good and bad parts. Let’s take a dive together into what we saw yesterday.

Imagine Dragons are Back

We first (and last) saw them in 2014, during the opening ceremony of the Samsung White vs Star Horn Royal Club grand final. This performance is to this day considered the pinnacle of League of Legends related stages and Warriors is undeniably one of the best songs to ever be showcased in Worlds. It’s amazing to see the band be back, even without a stage. Enemy, their brand new song is a perfect fit for Riot Games’ new Netflix animated series, Arcane and taking this theme to Worlds is appreciated.

“Welcome to the Playground” Props

The first song of Worlds 2021 opening ceremony, “Welcome to the Playground” performed by Bea Miller is a dive into Zaun, filled with live-action energy combined with high-end animation. Apart from how good the song itself is, what we see is jaw-dropping. Zaun, the underbelly of Piltover is a city of filth, corruption and violence and the production team managed to capture all its glory in the song’s 2-minute span. We always love an immersive experience even without the huge 3D incorporations.

The whole Worlds 2021 opening ceremony is filled with Arcane scenes and it manages to give us its intense mood without giving away any spoilers. Seeing Vi, Jinx and the whole world of Piltover and Zaun in action is something the universe of Runettera was missing.

The Worlds Championship cup is always the centerpiece of each grand final so it’s not a surprise that we loved how Riot Games decided to showcase it this year. Following the “Arcane” theme of the opening ceremony, the cup case opening to unveil the Summoner’s Cup was a spotlight.

Lack of Power in “Break it All Down”

Although we loved Break it all down as a song and PVRIS’ performance during the opening ceremony was incredible, we hoped for more. For instance, at the end of the first verse, as soon as the refrain starts, we could have used with some power and hype right there. Its lack doesn’t make the performance worse, but it could have been so so so much more powerful.

We miss the stage

Sadly, this year we could not have a venue full of spectators, performers on stage, and 3D models of in-game champions, but we’ll take what we can, given the situation. The fact that Riot Games managed to create such a performance amidst the global pandemic is still an act to admire.

This is the only truly bad thing about the opening ceremony. The grand final is all about the players. It’s a bit sad seeing the 10 key players of EDG and DK being shown for only a few seconds. It seemed like the opening was more about Arcane and less about the finals, which, for casual viewers kind of ruins the mood.

No classic throwback to the championship

One thing we love about the Worlds opening ceremonies is how the production team always manages to pay homage to the previous championship finals in a massive way. This year, sadly, we had none. This was a hit in the hype of viewers but we got compensated with 3 amazing songs so we can always hope for next year.

Stay tuned to The Rift Crown for more esports news in the world of League of Legends.