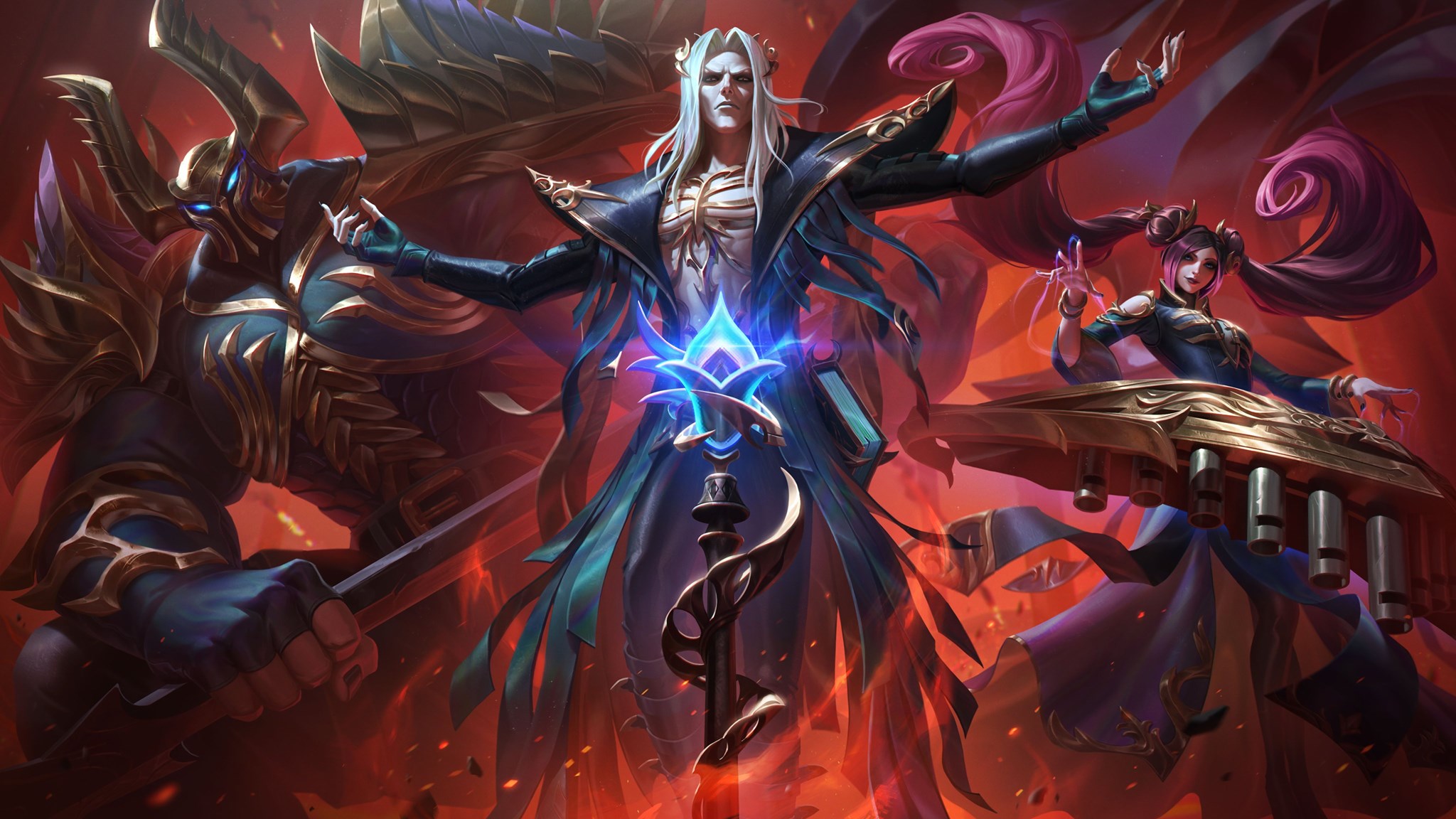 Undeniably, the Pentakill band needed a small remake since its first members came out to be some of the oldest skins in League of Legends. Seeing the new art makes those champions look fresh and more rock n roll than ever. Take a look at the images below to find out what Pentakill might look like in 2021 along with a look on Viego’s new skin.

We still don’t know how many songs Pentakill will release. However, Riot Games is always diligent with its rock “schedule” with a few cool tracks. Creative Director Christian “Praeco” Linke said last year that the next Pentakill album will have around 10 songs:

“There will definitely be another Pentakill album that features original music. At least a handful, up to 10 or so. We’re definitely all eager to get back into it, but would think that it would take another few months to start at least.”

As of now, we know that an announcement regarding the band will hit us on September 8th, which might as well be the reveal of the new skins. For the record, here are the champions that make up Pentakill:

As far as we know, the band’s new album might be called “Lost Chapter”, depending on the announcement poster by Riot Games Music. If it’s not that, then Lost Chapter could be a new song, since all of their songs are named after League of Legend’s items.

Be on the lookout for more news about Pentakill and their upcoming album in early September. Until then, stay tuned to The Rift Crown for more League of Legends events, updates and news.