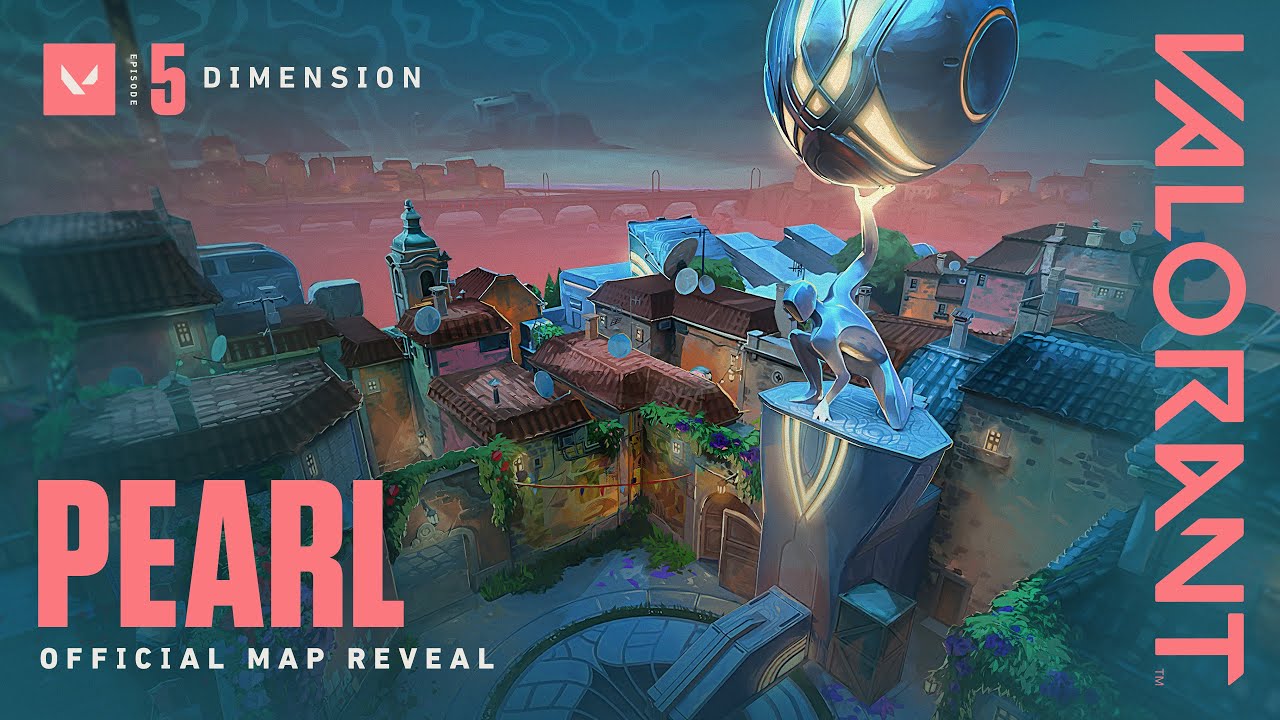 A new chapter is now available in Valorant, Episode 5 and with it comes an array of new additions. Most importantly, we are getting a new map, which as Riot Games details is an underwater wonder. No lie, the new Pearl map is beautiful. In addition to the map’s release, we are getting a new skin line, battlepass and event pass as well as a new rank. Let’s take a dive into the contents of this updates.

Inspired by what we see as the Portuguese culture, the new Pearl map follows latin architecture but with a twist. It didn’t take long for Portuguese fans to realise this map is an ode to their country and as such, we’re excited to try it out.

The new Prelude to Chaos skin line will bring more flair to Valorant, rising the bar up even higher for FPS titles. This time, we’re seeing new looks for the Vandal, the Operator, the Shorty, and the Spectre.

As always, the Episode 5 battlepass comes with exclusive items that you’ll definitely want in your collection. As for the event, the CROSSOVER is available now and will run until July 12th. Riot Games details in their post:

Stop asking yourself “what if?” and find out what it might feel like to bag-and-board VALORANT stories and take them home. Mark the first foray into Omega Earth with comic book-inspired Player Cards drawn by some the best to ever do it.

Dive into Pearl and see the new episode of Valorant live now!