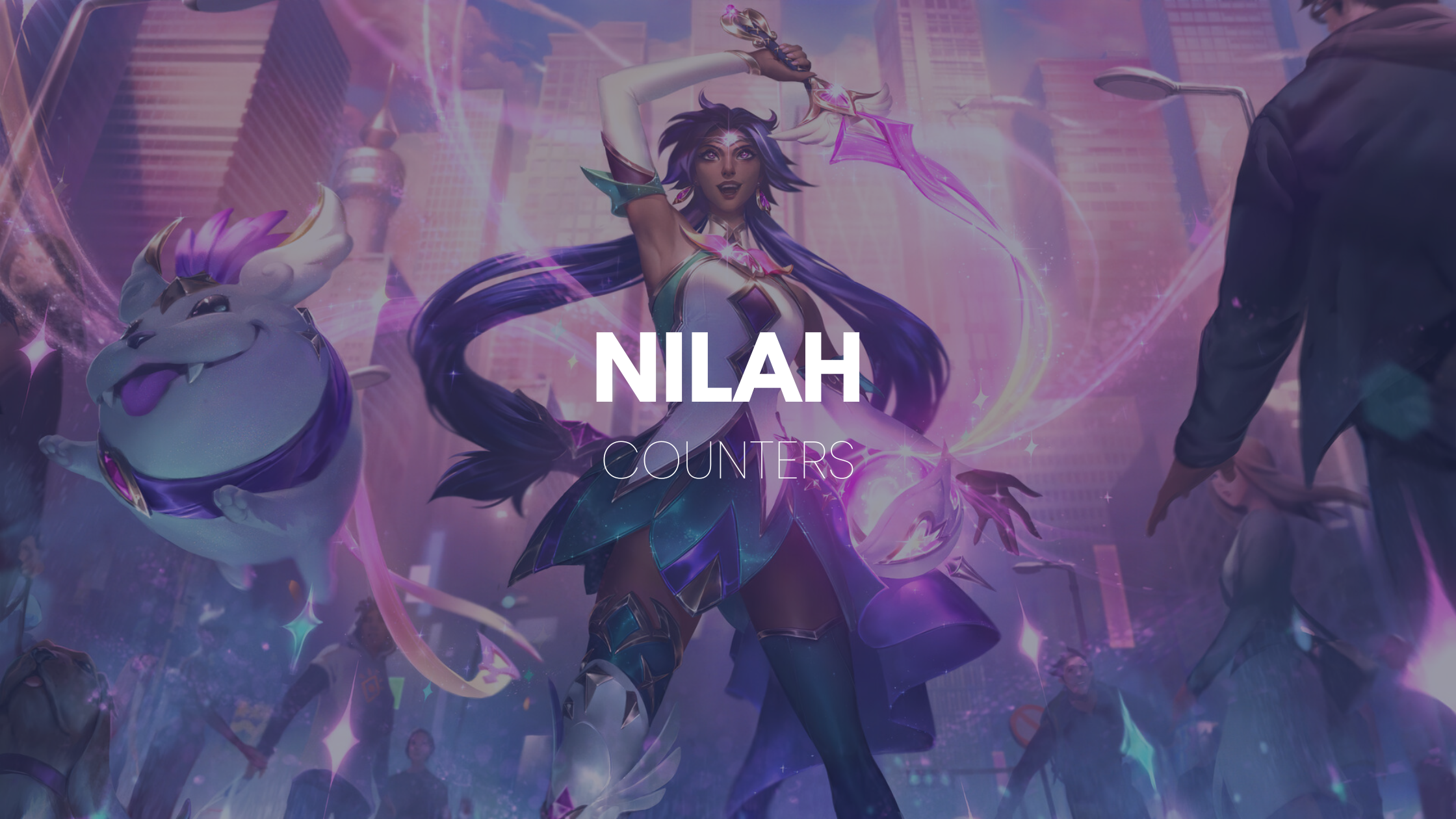 Nilah is officially live on the League of Legends servers and her kit makes her a nightmare in the bot lane. On her first few days, the champion showed her power as a carry with her heal and shield share making her a true meta competitor. Are there any true counters for Nilah right now and which are the champions that can help put her down in the bottom lane? Continue reading to find out.

In terms of support champions, Seraphine is both a blessing and a curse for Nilah. Although she’s a great pick to get alongside her, if the enemy team gets her first, you’re in for some bad times. Seraphine’s range and CC can help her AD Carry stop Nilah from walking around uncontrollably.

Jhin is one of those AD Carries that hit hard and without having to get their hands dirty. He can poke Nilah while not putting himself in danger and that’s a big boost to her melee range. If she can’t reach you she can’t hurt you. You though?

Speaking of long-range and tons of poke, Kog’Maw might be one of the greatest counter-picks to Nilah. The statistics speak for themselves. According to u.gg, Kog has almost 60% win rate against her. That’s not a lucky pick. Kog has constant poke potential thanks to his ultimate and can slow her down and poke some more with his E and W.

One more pick that should definitely not go unnoticed is Sivir and her Q. She can constantly put pressure on Nilah’s farming, while not jeopardizing her own. If paired with a high CC support to compensate for her own lack of slowing or immobilizing abilities, she’s super strong.

Last but not least, Miss Fortune should be a great pick for your games against Nilah. It’s not only her easy and straightforward kit that helps her out in the landing phase. Almost all her spells put pressure on Nilah’s fast movement so it’s safe to say that Miss Fortune isn’t a champion to take lightly when you go up against her.

Aurelion Sol Spells Will Get Bigger In-Game After CGU