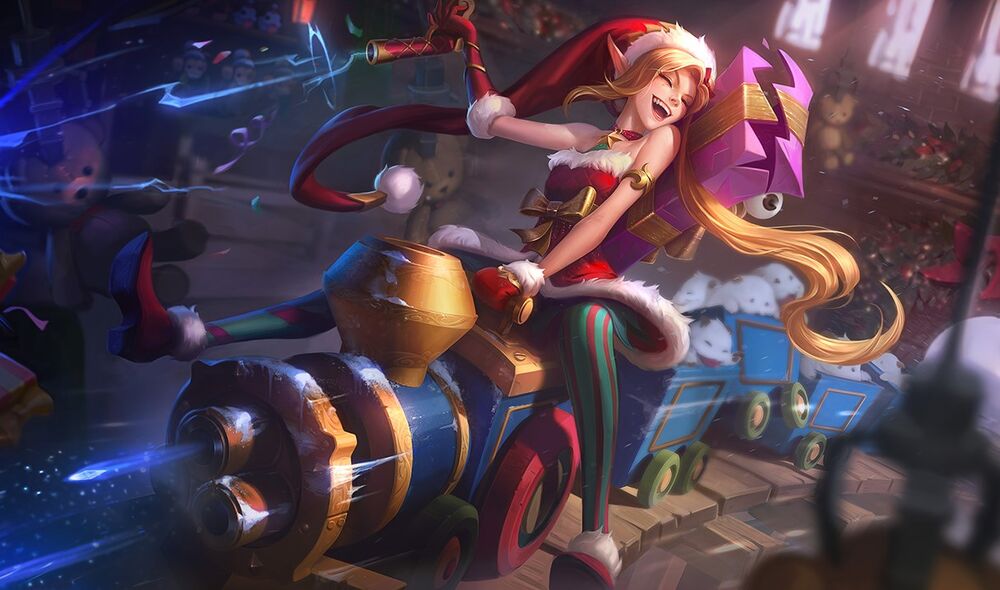 Christmas is just around the corner and it would be a shame not to mention some of the best holiday skins Riot Games ever released for League of Legends. All Snowdown Showdown skins are now Legacy and you can only obtain them during the winter holidays. As a result, now is the time to get some. Let’s see our top 10 League of Legends Christmas-related skins.

Sadly, Amumu is one of those champions that haven’t gotten the love they deserve in skin releases. His Re-Gifted skin though is one of his best even without the unique ability animations that some other might have.

Oh, what an excellent sight this is. No one can deny that Gragas is at his best when in red and white. The fact that he carries a present sack is only the cherry on top with this skin.

If any non-yordle champion deserves to be an elf, Jinx is definitely among them. The present rocket is an amazing detail as well!

RELATED:  Rise Of The Sentinels Milestones & Rewards - League of Legends

Keeping up with the Santa theme, Draven looks like a villain straight out of Home Alone. We can’t shake the feeling that he’ll steal the presents and take the elves hostages while he’s at it.

Neeko is one of those champions that don’t need much out of their skins, given her ability to have 5 different ones in the game. However, her Winter Wonder variation is a sight for sore eyes.

Who would fit the role of an old bearded man called Santa Claus more than Zilean? He might not have the physique of Santa, but the looks of this skin are exactly what we need.

What a cutie Poppy is in this skin. There are some champions that require something cute to go along with and the little guardian yordle is definitely one of them.

The little eld Tristana could not be missing from our list. Her cannon and hat are just way to relevant to pass that up.

Much like Poppy, we can’t pass up on having a Willump looking like a giant fluffy deer. His glowing red nose is making the looks even crazier.

There I said it, this is the best holiday skin League of Legends has right now. It’s not only the fact that the champion looks way too close to Santa, the fireplace shield is way too cool too.

What Christmas holiday-related skins are you getting these days? We hope we’ve helped you with some of our recommendations.