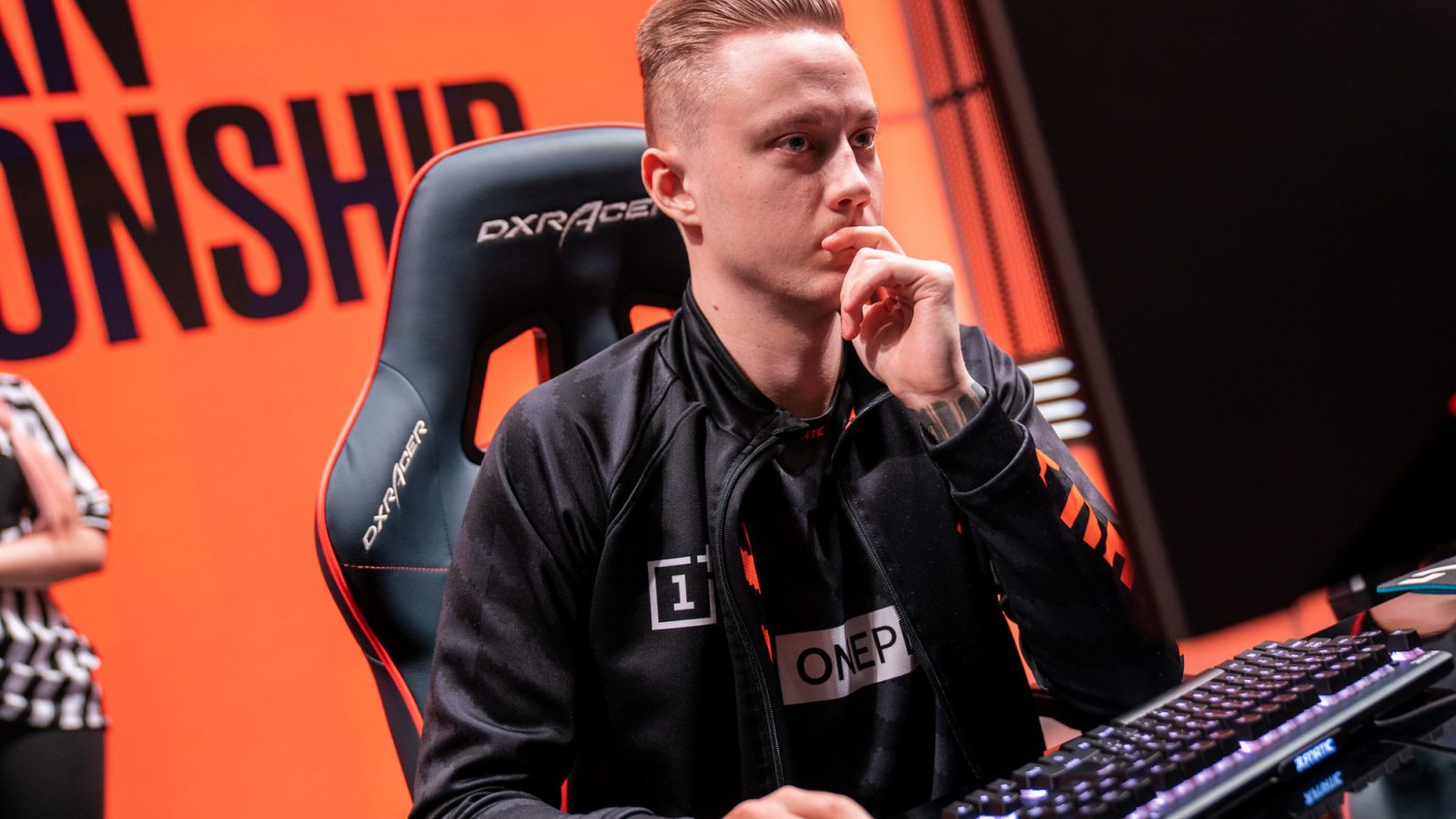 Today is a massive day for Rekkles and Fnatic fans as the bot laner is set to reportedly return to his former team. We all knew that he was bound to return to the LEC at some point given the fact that KCorp’s entrance to the tournament wasn’t finalized. Although nothing is official yet, Twitter is going crazy over the news.

The report comes from independent reporter Brieuc Seeger, widely known on Twitter as LEC Wooloo. The reporter is always a huge hit with their statements, something that is also backed by several esports personas like former teammates Broxah and  Nemesis jumping on the comments section. He says:

If the report turns out to be real, the next LEC split will be a huge rollercoaster. For the time being, all the roster moves we see on Twitter (reports for the time being), then we’re in for a big treat.

Even though the news of Rekkles’ return to Fnatic comes with joy, it does cost. This time around, it costs a lot for Elias “Upset” Lipp. Erlier today, he announced that he’ll remain teamless for the start of 2023.

Sadly the circumstances around this off season did not allow me to go to one of my desired places to compete. I will be grinding a lot of soloq here and in korea in the new season and probaly gonna stream quite a bit of it. I am confident in my return in great form.

In LEC’s history, we know that this move is, most times, beneficial. Think of Markos “Comp” Stamkopoulos’ time off the LEC. He came back right into Rogue and into a championship title in his second split with the team. We hope Upset comes back just as strong. Or, why not, even stronger?

The next LEC split starts in a couple of months and with it comes major roster changes. We’ll try to keep track of them and report any big moves.