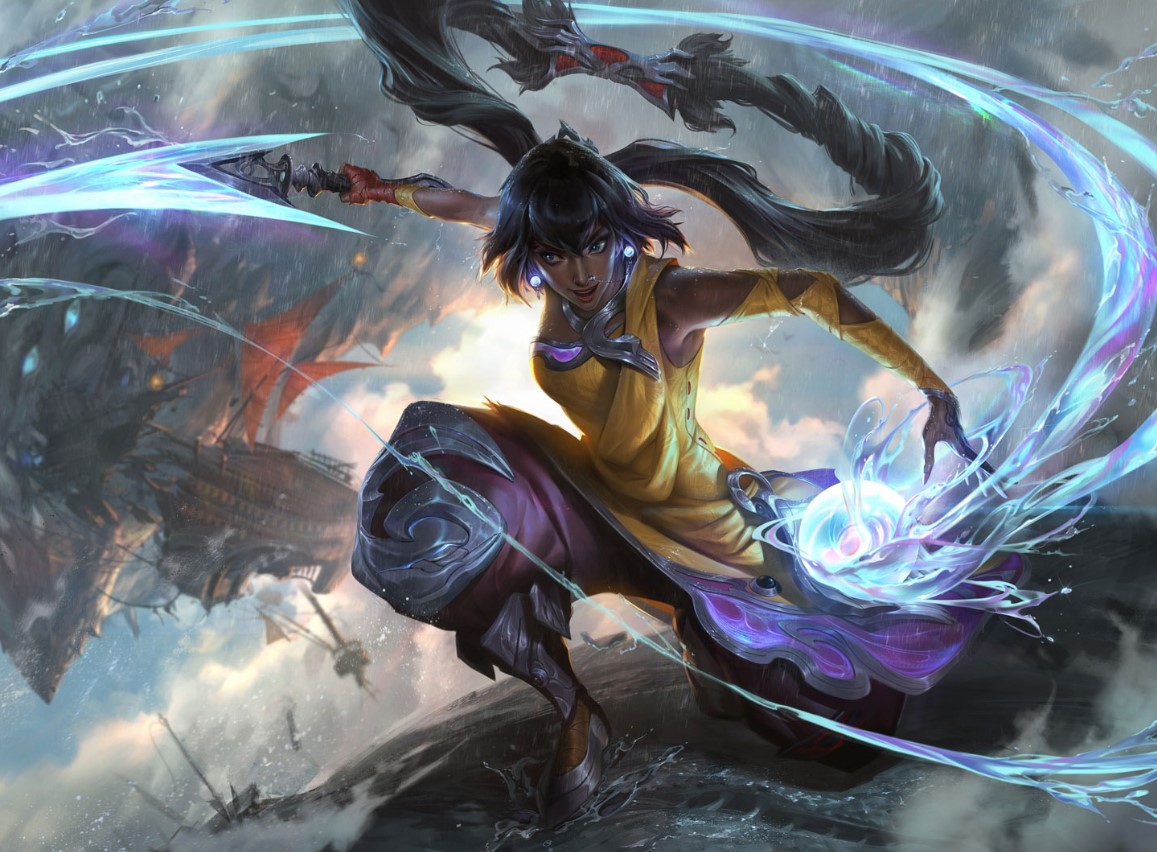 Riot Games has unveiled the next League of Legends champion and it is Nilah, the Joy Unbound. Over the past few days, we managed to catch a glimpse of Nilah and her abilities in the game through the PBE and see just how OP she is before she hits the live servers on July 13th. Take a look at her kit below:

Active: Nilah’s Formless Blade strikes in a line, damaging all enemies hit. Hitting an enemy will briefly increase Nilah’s attack range and attack speed and empower her basic attacks, causing them to splash in a cone and deal additional damage.
Passive: Attacks and ability damage against champions ignore some of their armor and heal Nilah for part of the damage dealt. This effect scales with crit chance and converts any excess healing into a shield.

Nilah shrouds herself in a Jubilant Veil and briefly gains bonus move speed, takes reduced magic damage, and dodges all incoming basic attacks.
Touching an ally champion hides them in the veil as well, but they’ll be protected for a shorter period.

Slipstream lets Nilah dash through a target unit, traveling a fixed distance every time and damaging all enemies she passes through. She can store up to 2 charges at once.
Cast Formless Blade during Slipstream to pull a wave in your path, dealing damage after a quick delay and granting Formless Blade’s enhanced basic attack effect.

Nilah unleashes a surge of power, lashes her whip in an area around her and, with a final burst, pulls enemies in toward the center.Apotheosis heals Nilah for part of the damage dealt, converting any excess healing into a shield. This effect scales with crit chance and is granted to nearby allies.

RELATED:  League of Legends Error Code 0U - How To Fix

These Are The Star Guardian 2022 Skins For League of Legends