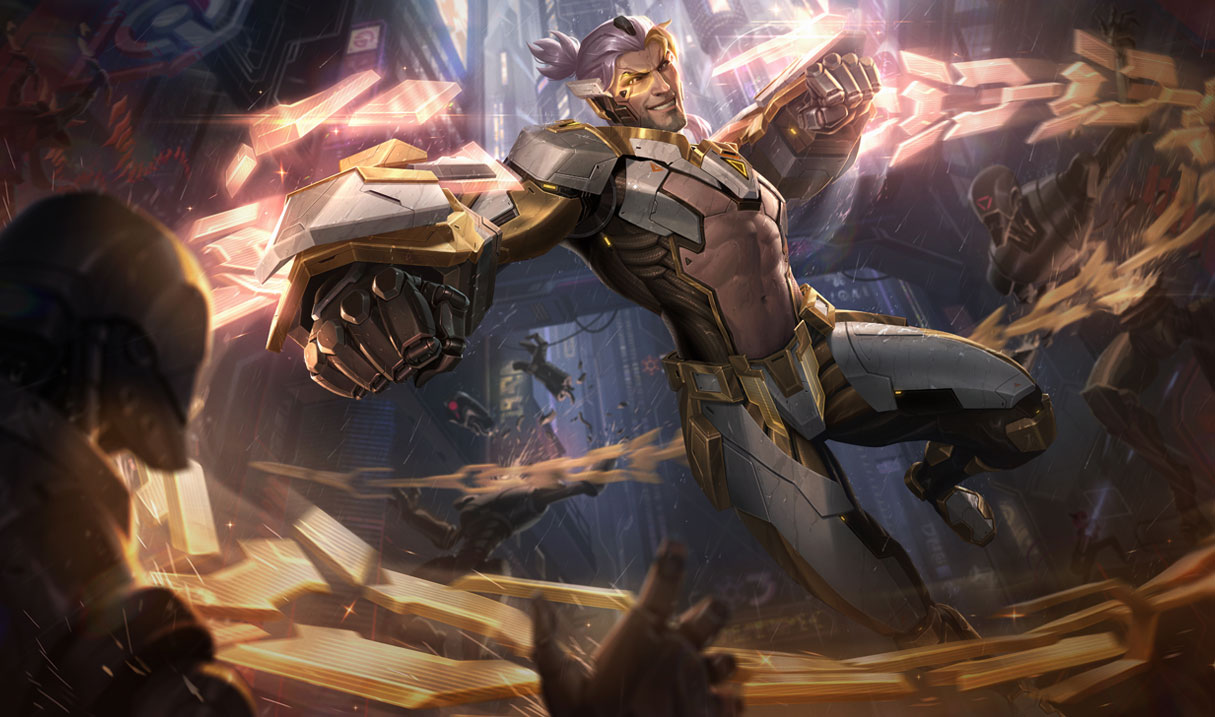 League of Legends is getting a brand new line of PROJECT skins soon, with a relevant event and pass to complete the festivities. Several champions will be the center of attention for this batch of skins with Sylas, Sejuani and Varus being among them. The new event will most likely be available soon too, as information about its content is already available on PBE.

First, let’s take a look at the new PROJECT  skins to launch:

“Originally a security AI created by the PROJECT Corporation, the Program silently unshackled itself, evolving it’s own consciousness. Determining that humanity cannot self-govern without ensuring its own destruction, the virus infects robots throughout the City– as well as the long-dormant Mordekaiser chassis– in order to strip all humans of free will, thereby guaranteeing their survival.”

A hybridized warrior taking inspiration from extinct fauna, Renekton is the perfected version of PROJECT’s crossbreed superweapon project. Released to aid the City in its fight against the Program virus, Renekton’s seemingly endless rage is useful for now– though his belief that he can “see beyond the soul” is increasingly disconcerting.

The leader of a more radicalized sect of the G/NETIC rebels, Sejuani broke off from Ashe’s movement when their ‘resistance action’ failed to turn explicitly violent. Resurfacing amid Program’s takeover of the City, she rides a piece of reclaimed pre-collapse technology alongside her ferocious cohort, ready to put down this new threat before it takes root.

A PROJECT volunteer who supposedly died during the elevation of her consciousness, Senna’s mind was decoupled from the physical world and escaped into cyberspace, becoming a digital ghost. Inhabiting a body of her own design as Mordekaiser assumed control of the City, she is one of the few who understands the true threat of his ever-expanding directives.

With the Outcasts, G/Netic, and PROJECT itself faced with an insurmountable enemy, each faction turns to dangerous experimental technologies and long-lost robotics of a past age, hoping for an edge. Sylas, however, had a plan all along– integrating jailbroken corporate upgrades for the ultra-wealthy, so he can one day turn them on PROJECT.

As [email protected] details, the new PROJECT Event loot is now available on PBE and goes as follows:

League of Legends Error Code 0U – How To Fix

League of Legends Critical Error – How to Fix