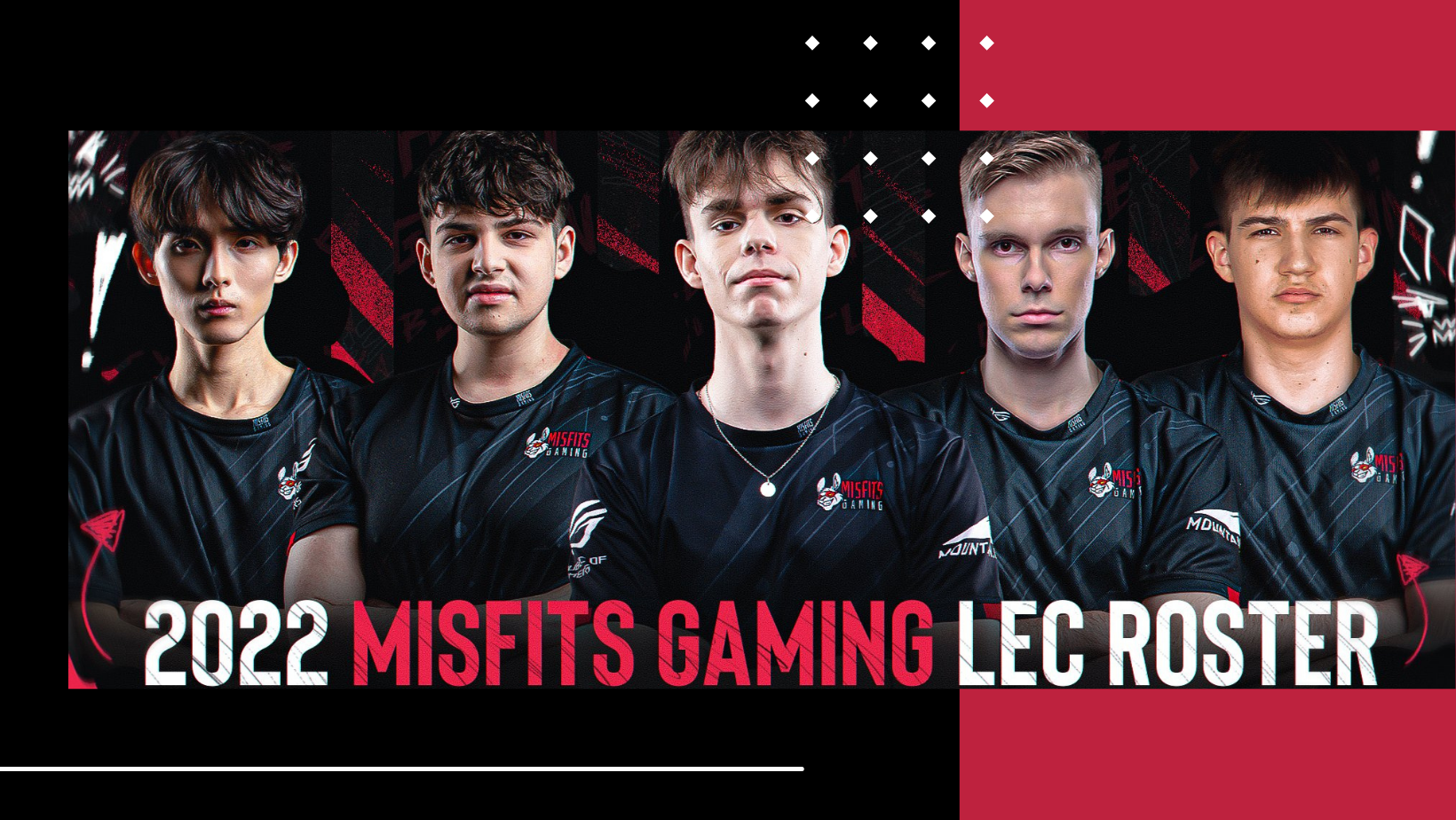 All the LEC roster changes are drawing to an end, with Misfits Gaming finalizing its roster with the addition of 3 players to the main team. Moving to 2022, Vetheo and HiRit will welcome Neon back into the team as well as Mersa and Shlatan to the LEC in general.

The news come from Twitter where Misfits Gaming announced the full roster, including academy player Shlatan, LEC rookie Mersa and Neon who was part of the organization back in 2019. HiRit, on the other hand, has his contract extended to 2023 meaning we still have a strong top lane to look forward to for the next couple of years. As for Vetheo, he proves over and over again that he’s more than willing to make his stay in the LEC worth it.

The new LEC season starts on January 14th and it will be interesting to see how the standings play out this year with all those roster changes.