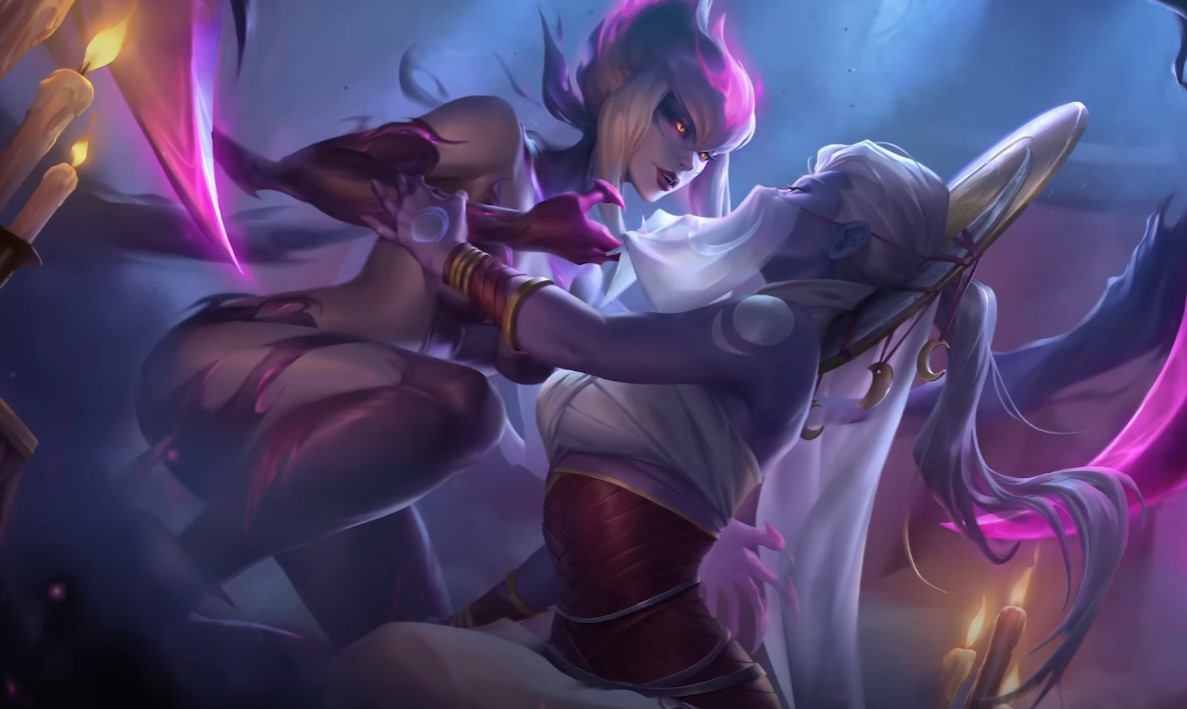 A new expansion, Forces from Beyond was revealed recently by Riot Games for Legends of Runeterra and it includes 3 new champions, Kai’Sa, Evelynn & Gwen. The fact that those are some of the most well-received champions in League of Legends makes things even better.

From what we’ve seen from the trailer, all three champions look incredible. Although we don’t know their mechanics and respective decks, we can only assume they’ll be unique, much like the ones before them. More specifically, Evelynn comes to mind. By her artwork, we can see that she has multiple forms and each one of those forms seems to be from another region. It will be interesting to see if the developer team plans to incorporate that theme into her gameplay too. Maybe she can transform to a region to accommodate any deck?

On the other hand, we can expect Kai’Sa to be more straightforward and “damagy” much like her LoL character. Truth be told, Void champions tend to be simpler in nature than any other. For what it’s worth, we can’t wait to see what she plays like in-game.

As for Qwen, we should expect her kit to have something to do with her needles. Also, the way the artwork of new cards is similar to her aesthetic and it looks insane. From what we can gather by only staring at images, it looks like she has her own archetype. To be fair, all three champions look that way, we’re just a bit more excited about Gwen.

We don’t have an estimated release date for the upcoming Legends of Runeterra expansion, Forces from Beyond but it must be somewhere during summer since it seems like there’s a Star Guardian event to accompany it, given its video thumbnail.

Legends of Runeterra Asia & SEA Servers To Merge This Month