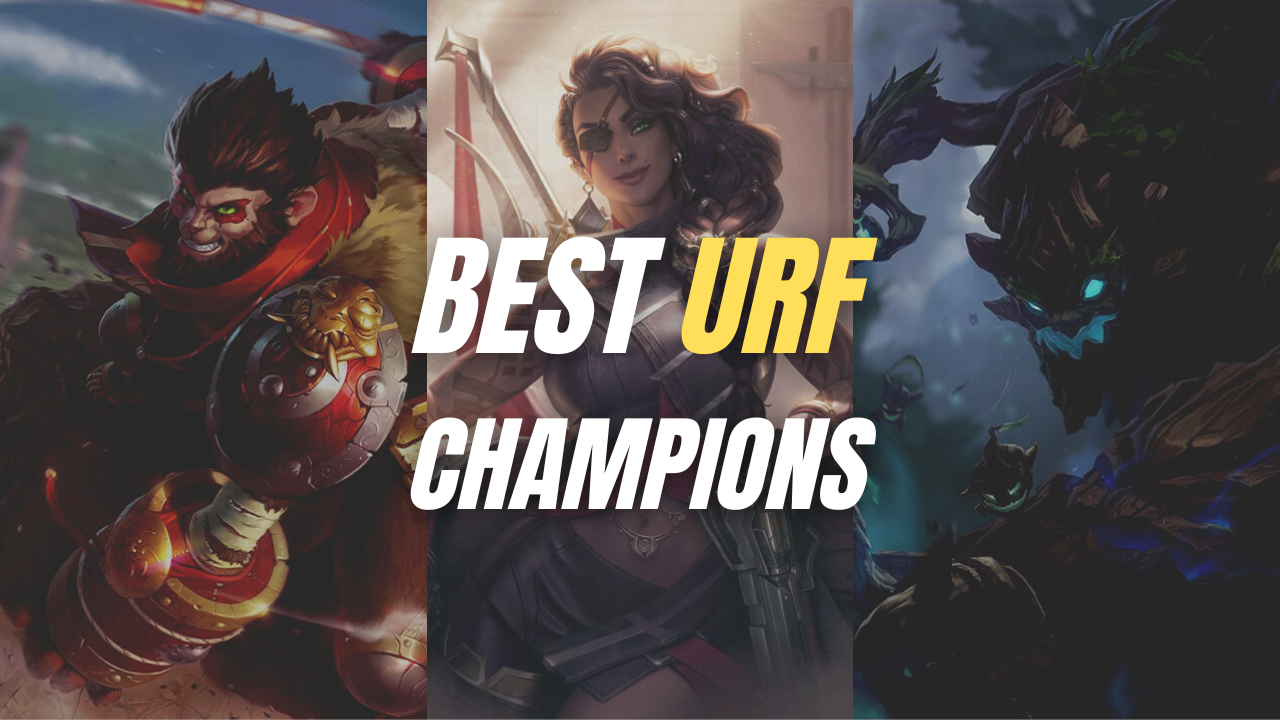 URF is back in the live League of Legends servers and this time around, you can pick the champion you want and have fun with going into ability overload. Unlike the previous times, when you have to spam games and hope for the random champion picker to give you your favorite champ, this time around URF is pick-based. This means that through Worlds 2022, you can pick the champion you want and play a game of URF, much like it was before ARURF. What are the best champions to play in URF right now though? Continue reading to find out more.

Samira enthusiasts will have a great time knowing that they can pick her in URF since her kit is based on fast abilities to charge her ultimate (R). By eliminating skill cooldown, Samira can cast her abilities faster and reach the S rank for her ultimate super fast. Top that with how fast you get to full build in URF and you have the best champion for the ADC role in URF.

RELATED:  Is Seraphine The Next Champ To Get A Prestige Skin?

Karthus is always a fan favorite when it comes to URF. Not only can he spam his ultimate and break the opponent’s team spirit while they try to pop their stopwatches but he can also keep his aura on indefinitely due to the “infinite mana” mechanic in URF. Absolutely a must-play!

Kai’Sa is a mechanical queen and that stretches to URF too. Her AP build is super fun for URF since her W will be able to two shot most squishy champions while her Q will be up so fast that you don’t even have to use your autohits.

Wukong is one of those URF picks that not many players will choose but those who choose him will have a great time. In general, tanky champions that have abilities with low in general cooldowns make great picks for this mode. If you are not comfortable enough with the powerhouse called Wukong, you can try Jax or Hecarim.

Maokai is super strong right now and he’s even stronger in URF. His potential of spamming saplings while healing again and again with his passive is a treat in the Rift. His low cooldowns make all of his skills pretty much spammable so you can root and slowly burn down everyone.

URF is available now in League of Legends and will be until November 14, 2022 at 11:59 PM (PT). The Worlds 2022 event is now underway and you can get the battle pass in order to grab all the available rewards in the new event progress track.