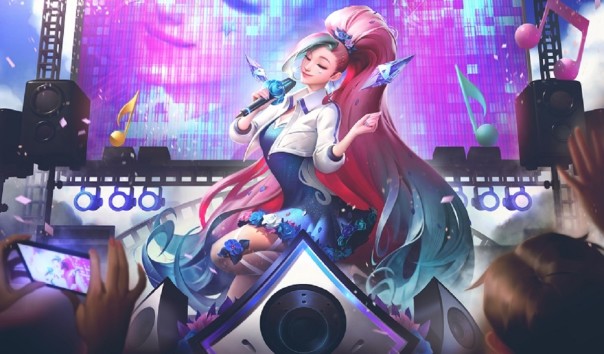 The release of the new K/DA skins is only a week away. With those skins, we’ll most likely also get a new prestige skin and we believe it could be for Seraphine. As much as we’d like to nag about it, seems like Riot Games is putting a lot of effort to successfully market and promote League of Legends’ new champion. Is Seraphine getting a prestige skin so soon?

Let’s take a trip back to last year during Worlds 2019. Senna has only recently been released and she was the star of True Damage. All members of the team got a skin and Senna is the lucky champion to get a prestige skin too. This coincided with the release of her first-ever skin so it’s not that unbelievable to think that Seraphine’s K/DA skin could also get a prestige skin.

One more thing to consider, on that note, is the fact that we are getting skins for all K/DA members. However, all original members of the group already have prestige skins, coincidentally it’s on their K/DA skins. Given that, it would almost seem impossible for those champions to get a second prestige skin thus leaving the road open to Seraphine.

Whatever it might be, we know that next week we get a new champion, a variety of new skins, a prestige skin as well as the end of Worlds 2020. This also marks the countdown for the end of season 10 and the start of all preseason changes.

Don’t forget to utilize all game modes to finish all Worlds 2020 milestones since. This time, we get 30 rewards with 50 prestige points total to earn. If we do get a new prestige skin, you’ll find those extra prestige points valuable. If not, it won’t be long before Riot Games adds jackpot bags up for purchase with prestige points.

Oracle’s Extract Is Getting Removed From ARAM