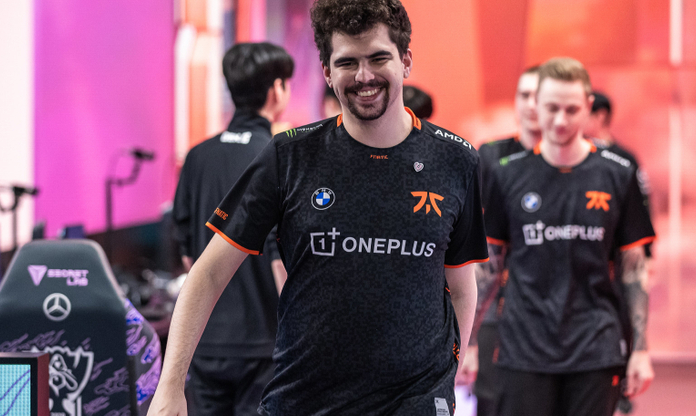 The G2 Esports vs Fnatic game of the week has just concluded, after a long pause caused by issues within the teams. What noone expected though was Fnatic actually winning the game, giving the orange-black a safe spot on the fourth place.

What comes as a huge surprise in the G2 vs Fnatic game is the huge leap in gold difference on the part of Fnatic. The team manages to keep a steady flow of gold with the use of objectives all throughout the game. More specifically, Fnatic has a 54.8k gold when G2 Esports stands at 45.8k. This makes a diffrence of 9k gold which is a huge deal in matches like this.

In addition, Fnatic managed to get the 3 first drakes, forcing G2 Esports to commit to a late first dragon to drive their opponents away from the Infernal soul. Fnatic took advantage of that chance with a strong push in mid lane. Ultimately, this brought in a huge sum of gold.

As for the players themselves, top lana made the biggest change with Bwipo holding the highest damage in the entire team. Second comes Caps for G2 with 14.5k. Everything was quickly decided and it can’t really be said that it was pure luck or pure skill. Both teams are highly skilled and it all came down to objectives and taking actions within the rift.

If the result of the G2 vs Fnatic game is a product of technical difficulties wil probably not be disclosed. For the time being, we have yet another LEC week starting next Friday. Here’s the program of both teams for both days: