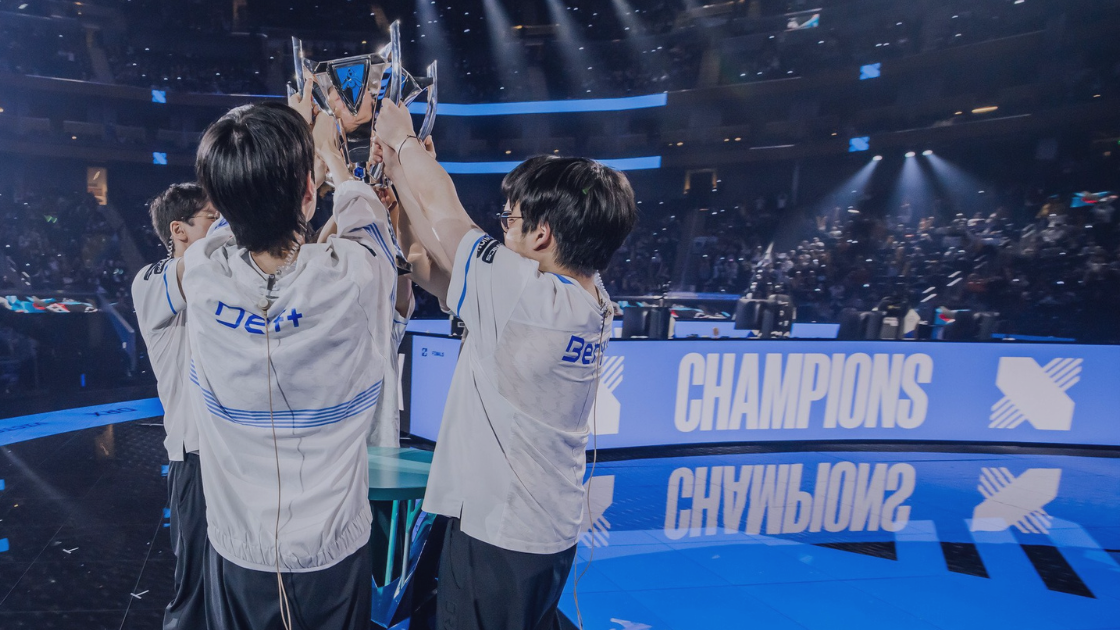 Now that the waves have settled and we took our time to realize what we saw during the Worlds 2022 finals in San Francisco between DRX and T1, it’s time to go back to the start and see how we got into this amazing silver scrapes finals match and how DRX managed to become the champion and bring one of the best teams in League of Legends esports right now to its knees.

It’s interesting to remember that what we saw during the Worlds 2022 finals was a cauldron that has been brewing for quite a few years. As we know now, DRX’s bot-laner Kim “Deft” Hyuk-kyu and T1’s mid-laner Lee “Faker” Sang-hyeok used to attend the same school and also debut in the LCK during the same year. While Faker got the glory and the back-to-back trophies, Deft kept changing teams and struggle to reach the pinnacle of the Worlds’ “mountain”.

It comes as a huge blessing that we finally got to witness history as this was the first and possibly last time we see those two players fight it over in a Worlds finals match.

DRX didn’t find it easy to get to the Worlds 2022 finals. They had to fight their way through play-ins, groups, quarter-finals, and semis to get here. This is the first team to achieve such a goal and it’s not an understatement for everyone to call their journey a “Cinderella story”. Taking into account the fact that they also struggled to reach Worlds through the LCK is yet another indication that DRX deserved all the hype and love this year.

While DRX’s story is filled with grinding and overcoming obstacles, T1’s journey isn’t far behind in terms of sentiment. After being the best team in the world for quite a few years, T1 wanted to win one more title and get back to the top. Faker himself, knowing that he doesn’t have many years ahead of him in competitive League of Legends, wants the title as much if not more than DRX.

We couldn’t have asked for a more banger final. Not only did we manage to get to 5 games, but all 5 of them were also an emotional rollercoaster. Apart from the first game where T1’s dominance was soon revealed, all following games were determined on tiny details and drafts. For instance, it all came down to picks like Varus, Aatrox, and Azir for the games’ outcome to be defined.

The last game is a game of League of Legends to be remembered as the time’s fortune shifted from one side to another were way too many to keep track of. Both teams gave it their all to close the game without succeeding. During the last stance, T1 Faker and T1 Zeus tried to invade their opponent’s base and finish the game. Kingen managed to fend off the attack and then DRX stormed into T1’s base to take everything.

It doesn’t come as a surprise that DRX Kingen got the MVP award too for this match since his contribution as a top-laner was crucial in many points of the match.

Ladies and gentlemen DRX is the Worlds 2022 champion and the taste is bittersweet as we now have to wait until next year for the next championship. Until then, you should look out for the start of the next season as well as the new ERL split coming in the next months.