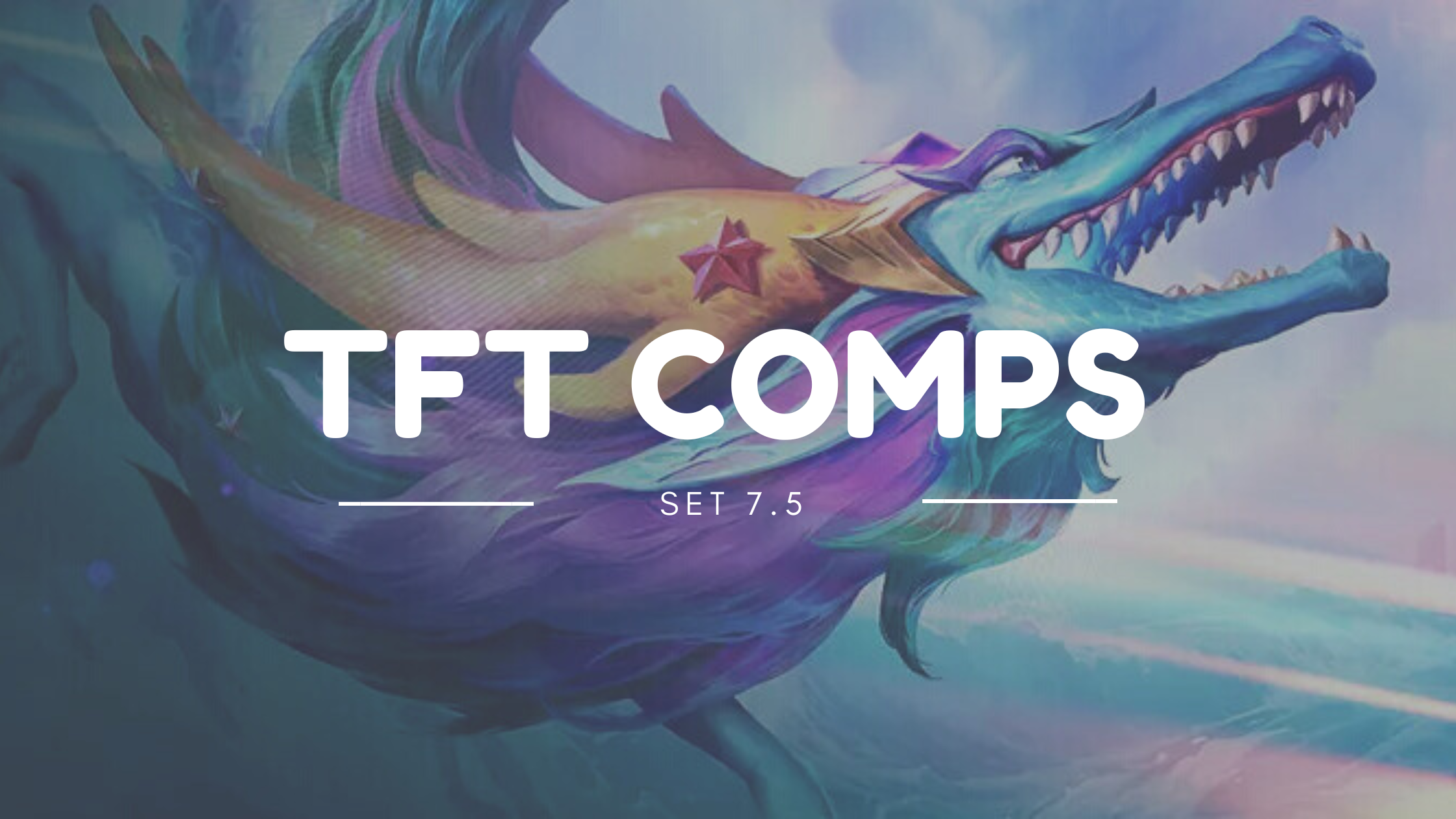 Set 7.5 is now live in Teamfight Tactics, bringing more dragons and chaos into an already successful mix. Although the changes are slight in unit comps in this mid-set, the meta has shifted quite a bit. We’ve revised our older TFT Hyper Roll comps to feature teams in set 7.5 for easy wins.

Take a look below to see all the highest winning, easiest to build TFT Hyper roll comps for set 7.5.

Ragewings are the butter of TFT since the past set since the set is extremely powerful although it doesn’t have a huge impact compared to other, more flamboyant teams. Slow yet grounded, the Ragewing trait combined with Guild, featuring Xayah and Shyvana as carries, is currently dominating the ladder. Although it will take time to get to Hecarim and Xayah, lower-cost Guild and Ragewings will keep your head into the game, especially if you build Sejuani as tanky as possible.

One thing is certain for TFT Set 7.5 and that is that Nunu is a menace this season. If you manage to give him the Dragonmancer trait and give him Bloodthirster and Hand of Justice, he’s unstoppable. Needless to say that building Lee Sin and Volibear will make your team tankier and more powerful than ever. This set is perfect if you manage to get a Dragonmancer token early on. If not, it might be difficult to complete the combo, since Nunu isn’t fit for the rest of the comp if not pair with the Dragonmancer trait.

RELATED:  Spirit Blossom 2022 Is Coming To League of Legends

Oh, how we love Mages, especially if they are paired with such a fun trait as Lagoon. Mages were a huge hit during the last season with Astral, this season too sees them shine also. The new Lagoon Dragon is a unit that shouldn’t be missed in any Mage combo and tanky champions like Sylas and Zac can ensure that your Nilah and Dragon will survive to destroy everything.

A personal favorite and a comp that many will love during this set. Long have we waited for the Cavaliers to find a stable team that can annihilate the rest of the competition. Thanks to Zippy and Rell, Cavaliers and Guild now show potential for wins more than ever before. Unlike the previous Guild comp, this one features Twitch as a damage dealer, alongside Zippy with a Cavalier token. If you don’t have an early Cavalier token you might find it easier to build around Jayce instead.

Warriors won’t slow down in TFT Set 7.5 for Hyper Roll and will continue being one of the most stable comps out there. Now that Wukong and Pantheon have entered the fray, it’s only natural for the team to skyrocket. Start off with Cavaliers until you start getting your valuable Warriors and make sure you get a few Guinsoo’s, a Bloodthirster, and at least one Infinity Edge to start building your Warrior Legacy.

Which Are The Aura Items In TFT Set 7.5?