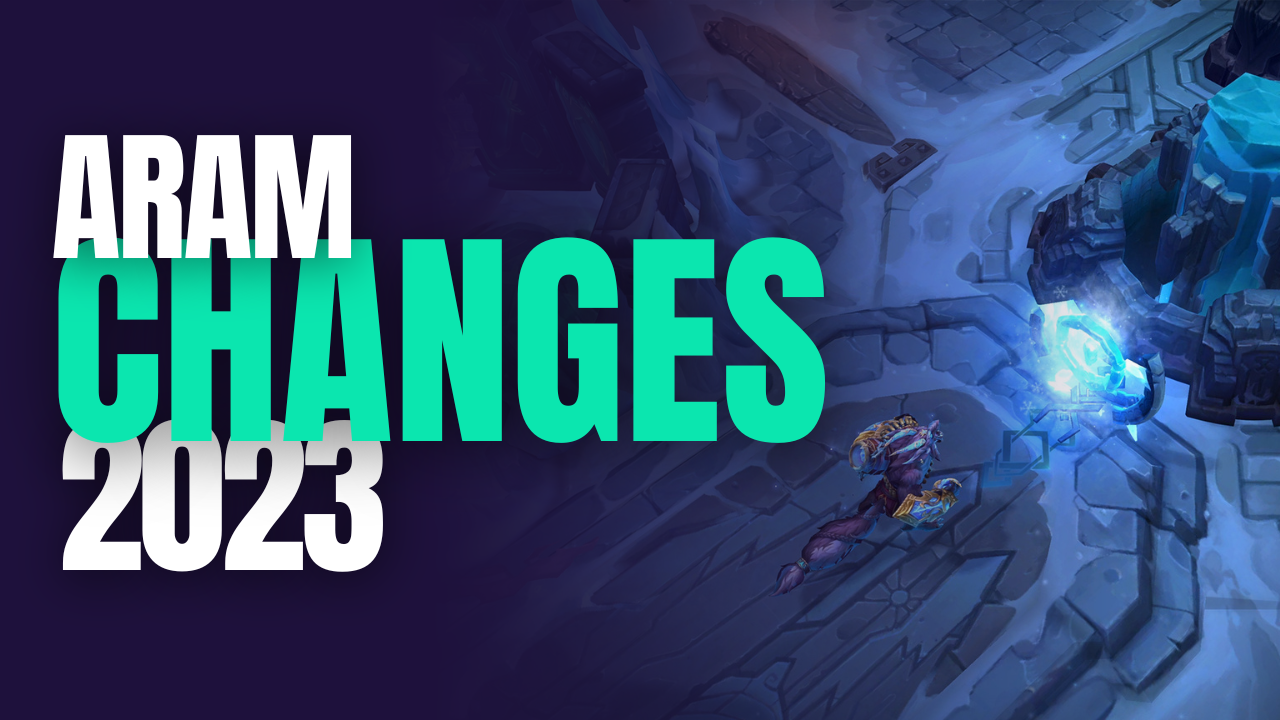 Riot Games plans to bring big changes to the ARAM map in 2023, in order to modernize and make the mode even more enjoyable for players that stick to it on a daily basis. Let’s face it, League of Legends is more than Summoners Rift. ARAM is one of its most popular modes with millions of players choosing it for their everyday league enjoyment. As a result, it comes as no surprise that the developers intend to change the mode just a tiny bit.

Let’s take a look at all the changes coming to ARAM in 2023.

How annoying it is to keep going back into the fray after getting one-shotted by the enemy time and time again in ARAM? To tackle that, the League of Legends developer team intends to add Hexgates to the Howling Abyss. These will give players the opportunity to go straight back into battle even after an unfortunate death.

Hexgates will activate at the start of the game and will work exactly like in League of Legends, sticking to the last tower available. This means that if your first turret gets destroyed by the opponents, the Hexgate will move to the inhibitor tower. Also, you’ll be able to use the enemy’s Hexgate as well.

RELATED:  [LEAK] Lux Is Getting A New Prestige Skin?

Apart from Hexgates, new terrain is coming to Howling Abyss. These boulders won’t be available at the start of the game and will show up as soon as a tower gets destroyed, leaving its rumble behind as terrain. This will set up teamfights and make champions like Illaoi and Gnar much more useful than before.

Following Wild Rift’s theme of having bushes placed on the opposite side of the main lane, ARAM on PC will also get a bush on the right side, giving champions that take advantage of bush mechanics like Rengar, Shaco and Maokai yet another push in this mode.

Yes, ladies and gentlemen! The time has come for ARAM enjoyers to show what they’ve learned in Howling Abyss. The last League of Legends Clash for 2022 will be hosted in Howling Abyss. No entry fee will be needed to enter the Clash and 8-team brackets will be formed with each team playing 3 matches, with 2 rerolls for each player.

The unofficial “for-fun” ARAM Clash will begin on December 5th and the tournament will commence on December 10th.

League of Legends Rank Distribution – What Percentiles Equal To Each Rank?