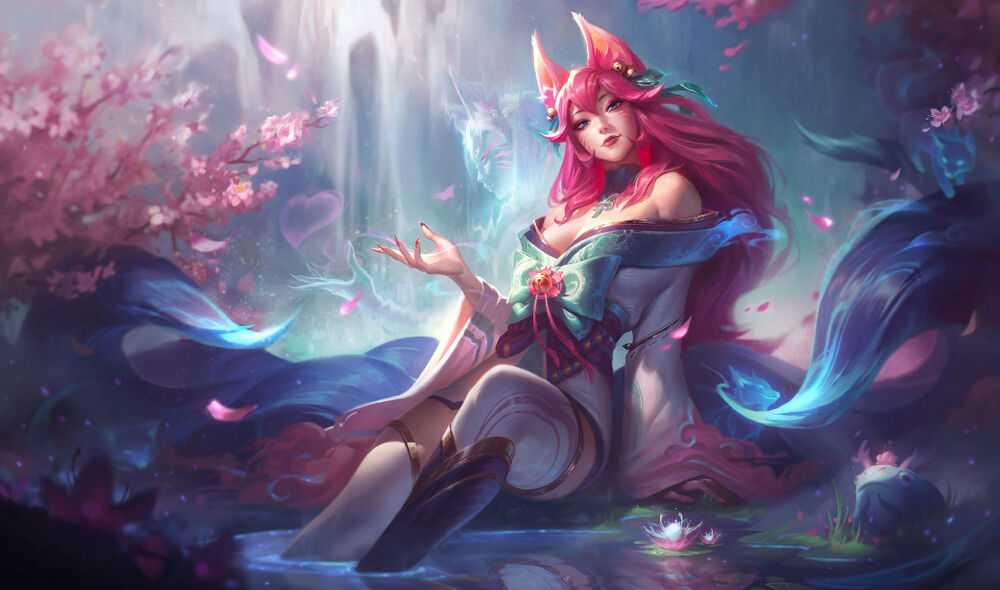 The long waited for rework on Ahri is available right now on the PBE, giving the popular mage a new fresh take on her abilities. As you’ll be able to see below on the detailed changes on her kit, Ahri will now have a reworked Passive ability and E. In addition, you’ll find out that Ahri’s ultimate ability can now combo with her passive to grand her more versatile recasts. Check out all the changes below, as they were detailed by Riot August:

Duration: 10s >>> 15s
NEW – Consuming a champion’s Essence with Essence Theft (P) while Spirit Rush is active
extends its recast duration by up to 10s and grants an additional cast of
Spirit Rush (up to 3 stored).
Cleaned up VFX and added Ammo Bar icons (currently placeholder)

Killing minions or monsters grants Ahri an Essence Fragment.
After obtaining 9 Fragments, Ahri consumes them to heal for 40-120 (+25% AP).
When Ahri scores a takedown against an enemy champion within 3 seconds of damaging
them, she feasts upon their Essence, healing for 80-200 (+35% AP).
Brand new VFX+SFX for all skins.

There’s no clear indication as to when the Ahri rework will hit the live servers in League of Legends. However, it’s safe to assume that it won’t be during this month, as the next event starts in a week.